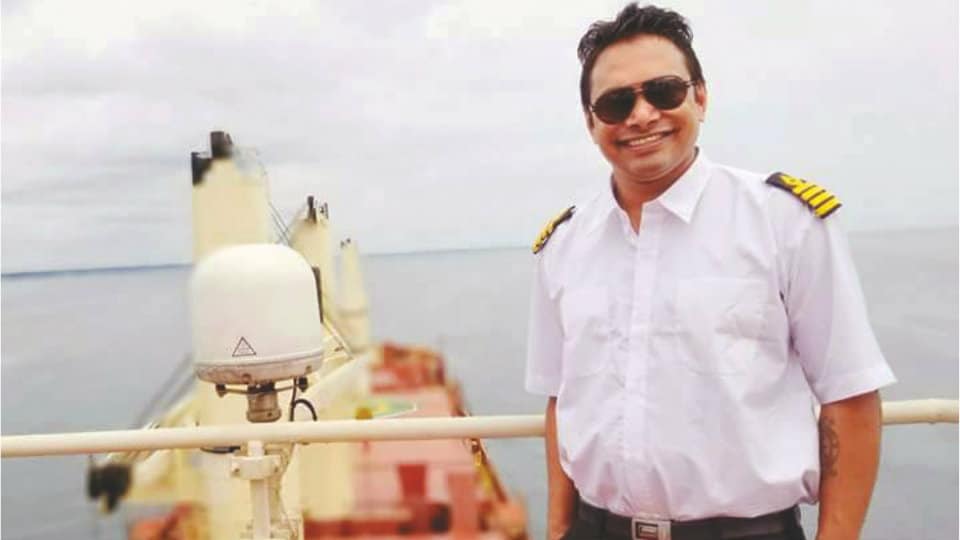 Madikeri: Allaranda Achal Bopanna (35), Captain of a Merchant Navy Ship and son of late Allaranda Ganapathy and a native of Bollumadu, who had come to his native place on a vacation, was killed in a road accident near Badaga village last evening.

He leaves behind his wife Spoorthi, four-month-old baby boy and a host of relatives and friends. Bopanna, who had taken leave, had come to his native place for a marriage function. On Monday, Bopanna along with his younger brother Somanna had gone to distribute wedding invitations in two separate bikes with Somanna following Bopanna, when a pick-up vehicle rammed into his bike near Badaga village resulting in Bopanna suffering serious injuries.

Though Somanna was rushing his seriously injured brother Bopanna to Madikeri District Hospital, he (Bopanna) died midway. Madikeri Rural Police, who rushed to the spot, conducted mahazar and have registered a case.

Post-mortem was conducted at Madikeri District Hospital yesterday night and the body was handed over to his family members for the last rites which would be performed today at  his native place.