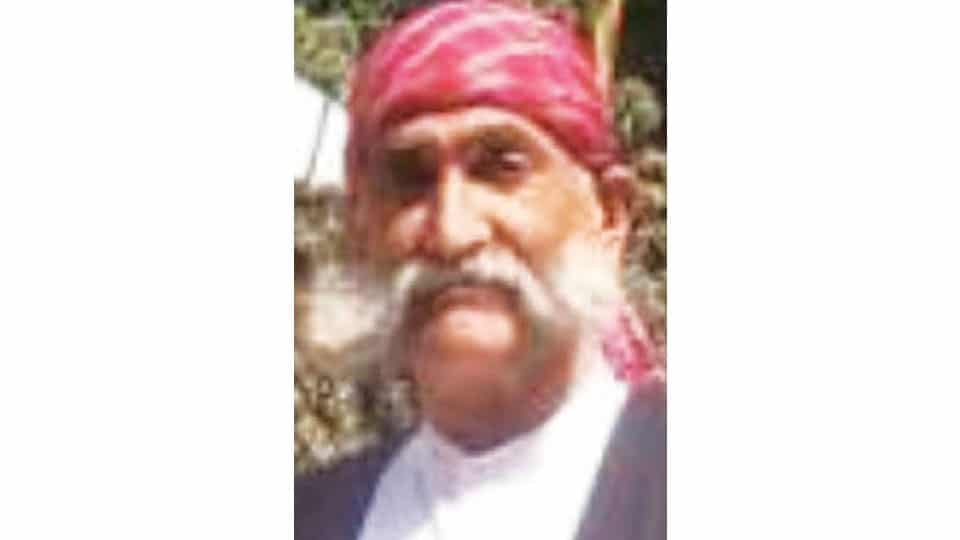 Kongetira Lokesh Achappa (62), an ex-serviceman and a resident of Chettalli near Srimangala, passed away yesterday at his residence.

Always dressed in the traditional Kodava attire and sporting a big moustache, Achappa used to greet people he met by saying “Ram Ram” and was popularly known as ‘Ram Ram’ in the region.

He leaves behind his wife, one daughter and a host of relatives and friends. Last rites were performed at Chettalli this morning.