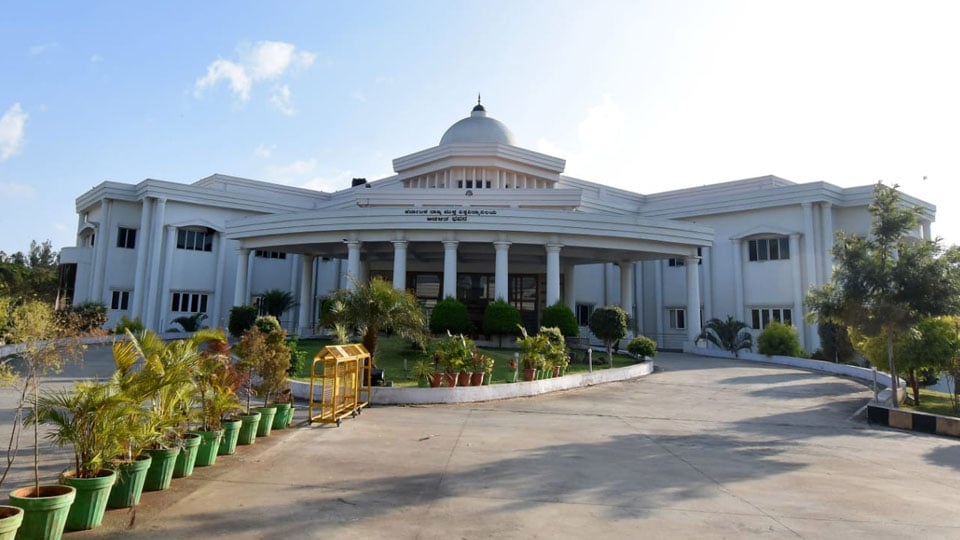 Mysore/Mysuru: The Karnataka State Open University’s (KSOU) decision to issue degrees to students (2012-13), who pursued education through its Academic Collaborative Institutions (ACIs) located outside the State, has stirred a hornet’s nest.

The ACIs was a major reason for the de-recognition of KSOU courses by the UGC in 2015. The UGC had discontinued recognition of all courses run by the Open Varsity from the year 2012-13 due to certain violation of norms. However, after much efforts by KSOU authorities and people’s representatives, the UGC granted recognition again in 2018 with a set of conditions which chiefly included non-awarding of degrees to students from outside the State.

Addressing a press meet here yesterday, K.S. Shivaramu, President of Karnataka Rajya Hindulida Vargagala Jagrutha Vedike and also a former member of Board of Management (BoM) of KSOU, said that the KSOU Registrar in a notification issued on April 8, has asked the students to submit applications to obtain degrees.

Alleging that the Varsity’s decision to award degrees is violation of norms, he questioned the rationale behind the issuance of the Apr.8 notification, when the UGC has directed the KSOU not to award degrees to students who pursued education through ACIs outside the State. Pointing out that he has lodged a  Police complaint against the KSOU and ACIs  in 2019 in connection with the Varsity’s wrongdoings, he said that the case is now pending before the Court.

Cautioning that the KSOU might lose its UGC recognition once again if it went ahead with awarding degrees to ACIs students, Shivaramu warned that he will stage a demonstration in front of the UGC office if KSOU does not withdraw its notification.

However, KSOU Vice-Chancellor Prof. S. Vidyashankar denied Shivaramu’s allegations and said that the UGC has granted permission to award degrees. Asserting  that there is no violation of any UGC rule, Prof. Vidyashankar said that certificates will be issued to students who had enrolled for non-technical courses in 2012 and beyond. The UGC has approved to award Bachelor degrees, he clarified.