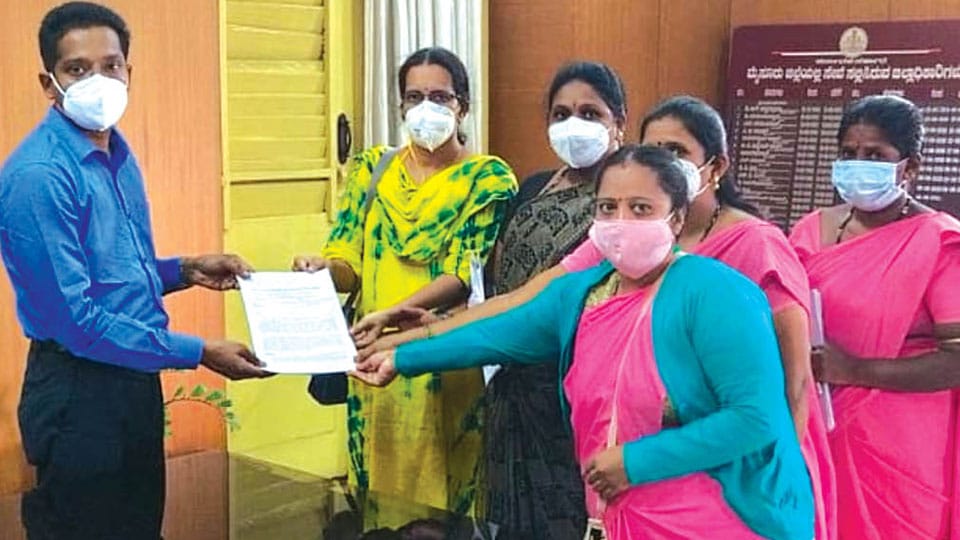 T. Narasipur/Bannur: Bannur Police have arrested the accused, who had assaulted a ASHA worker for asking him to get his COVID positive baby treated. The accused is 37-year-old Siddaraju, a resident of B. Seehalli in the taluk, while the ASHA worker, who was assaulted, is Lakshmi.

ASHA workers Lakshmi and Latha were collecting information of COVID patients by visiting houses at B. Seehalli. When Lakshmi visited the house of accused Siddaraju, she told him that his one-and-a-half-year-old baby was confirmed with COVID and asked him to get his baby admitted to the Children’s Ward at Cheluvamba Hospital in Mysuru.

Irked over this, Siddaraju told her that he had got the baby treated at Bannur Government Hospital already and they (baby’s parents) would take care of the baby very well. But when Lakshmi insisted that the baby be admitted to the hospital, wordy duel ensued between Siddaraju and Lakshmi and Siddaraju, not only abused her, but also allegedly assaulted Lakshmi, it is learnt.

Following the incident, Lakshmi had lodged a complaint with Bannur Police, who registered a case and arrested Siddaraju. Accused Siddaraju was produced before a Court, which remanded him to judicial custody.