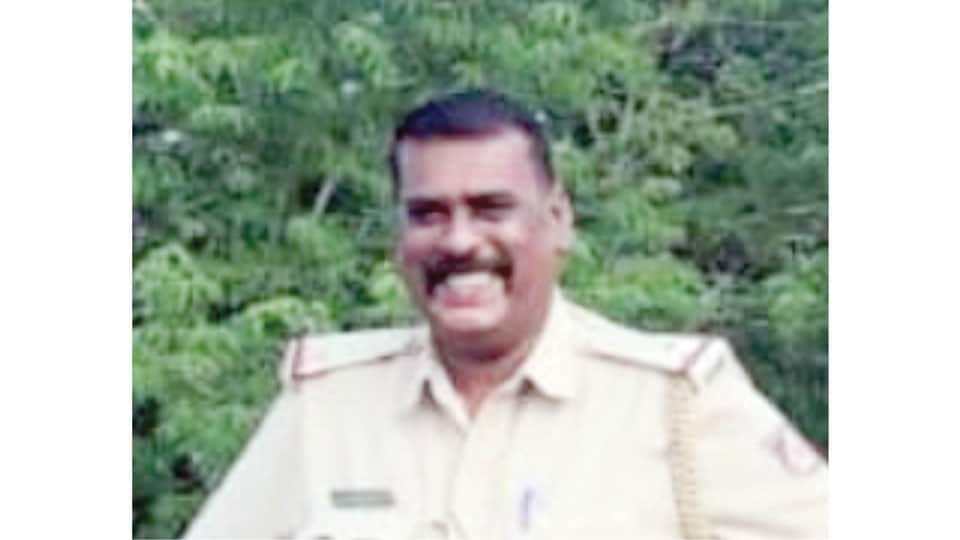 Kushalnagar: An Assistant Sub-Inspector (ASI) attached to Kushalnagar Traffic Police Station has gone missing under mysterious circumstances and Kushalnagar Town Police have launched a hunt to trace him.

The missing ASI is Suresh, a native of Konanur, who was residing at a rented house in Siddaiah Layout at Kushalnagar. Suresh, who returned the penalty receiving receipt book to the Police Station on Jan. 20, had told the staff that he would return after two days and has also made a video call to his wife and daughter in Bengaluru that night.

When calls were made to his mobile phone, it was switched off and his house was locked too. His wife has lodged a missing complaint at Kushalnagar Town Police Station.

It is learnt that Suresh is suffering nervous disorder and according to the tower location, his phone got switched off at Gummanakolli near Kushalnagar on Jan. 20 night.

A special Police team has been formed to trace the ASI.