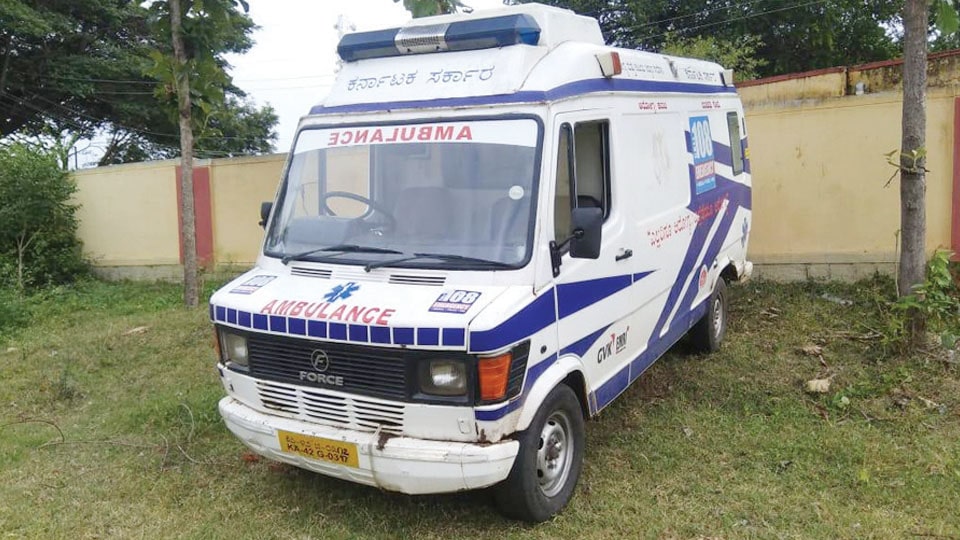 Mysuru: Tribals living in and around B.R. Hills in Chamarajanagar district have complained of lack of ambulances to carry patients to hospitals and also shortage of doctors in hospitals.

Explaining the lack of civic and other basic amenities in tribal hamlets around B.R. Hills, former B.R. Hills Gram Panchayat (GP) Member Tantari Nanjegowda said that pregnant women and other indisposed persons of purani and kalyani tribal hamlets have to be carried in ‘Dotis’ for 3 kms to reach the nearby hospital as there is no ambulance service.

Claiming that tribal hamlets around B.R. Hills have no civic amenities such as roads, power connections, drinking water etc., Nanjegowda said that tribal children have to walk a long distance for higher primary schools.

Pointing out that purani and kalyani podis have a population of over 2,000, he said that many representations to the authorities concerned in this regard has fallen on deaf ears.

Urging the authorities to provide civic amenities, educational facilities, health facilities etc., to tribal hamlets, he warned of intensifying the protest if the authorities fail to act on their just demands.