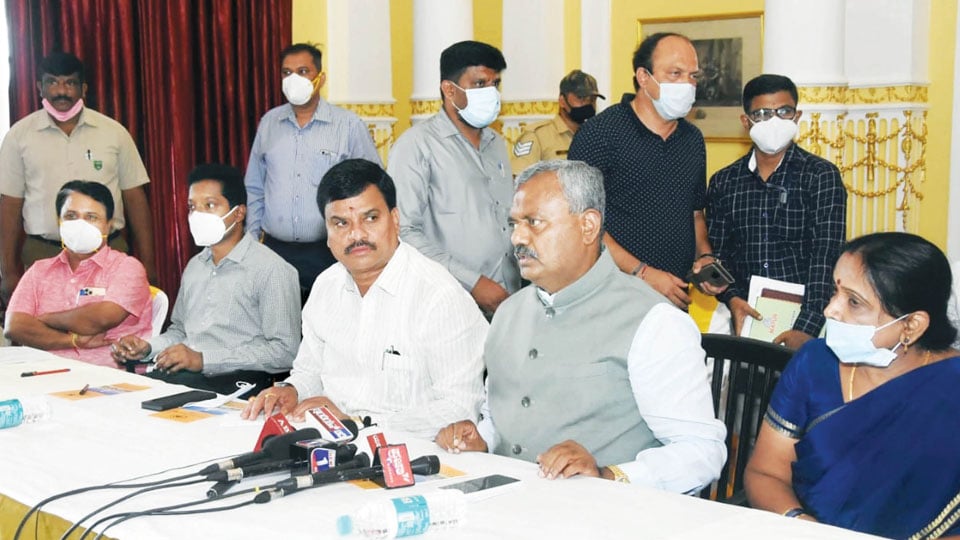 Mysore/Mysuru: The centenary celebrations of the city’s iconic Lalitha Mahal Palace Hotel will be held on Nov.21, 2021 and it will be a simple affair, said District Minister S.T. Somashekar.

Addressing a press meet after holding a preliminary meeting at Lalitha Mahal Hotel here yesterday, Somashekar said that the Hotel will complete 100 years on Nov.21 and as such the centenary celebrations will take place on that date.

Pointing out that the Chief Minister and the Tourism Minister will be invited for the inauguration, he said that sound and light show, flower exhibition and a week-long cultural programme will be part of the centenary celebrations.

Maintaining that local artistes will be given preference in the cultural programmes, the Minister said that the Lalitha Mahal Palace was built by the erstwhile Mysore Maharaja Nalwadi Krishnaraja Wadiyar in 1921.

A few years ago, the Central Government handed over the building to the State Government which in turn entrusted it to the Tourism Department. Now the Hotel is being managed by State-run Jungle Lodges and Resorts (JLR), he said and added that the celebrations will be different from that of Dasara.

Highlighting the other plans, Somashekar said that it is proposed to install a statue of Nalwadi Krishnaraja Wadiyar in front of the Hotel and to organise an expo featuring the contributions of the erstwhile Mysore rulers.

On Mayoral poll: Referring to Mayoral poll, the Minister said BJP has secured the post due to the break up of JD(S)-Congress alliance. Replying to a query on reports that former CM Siddharamaiah  has asked Congress Corporators to quit the Deputy Mayor Office and all other MCC Standing Committee posts, Somashekar said that he does not know what exactly Siddharamaiah has said and as such he would not comment on the issue.

The BJP, which has now come to power in the MCC, will not leave any  Standing Committees vacant, he added.