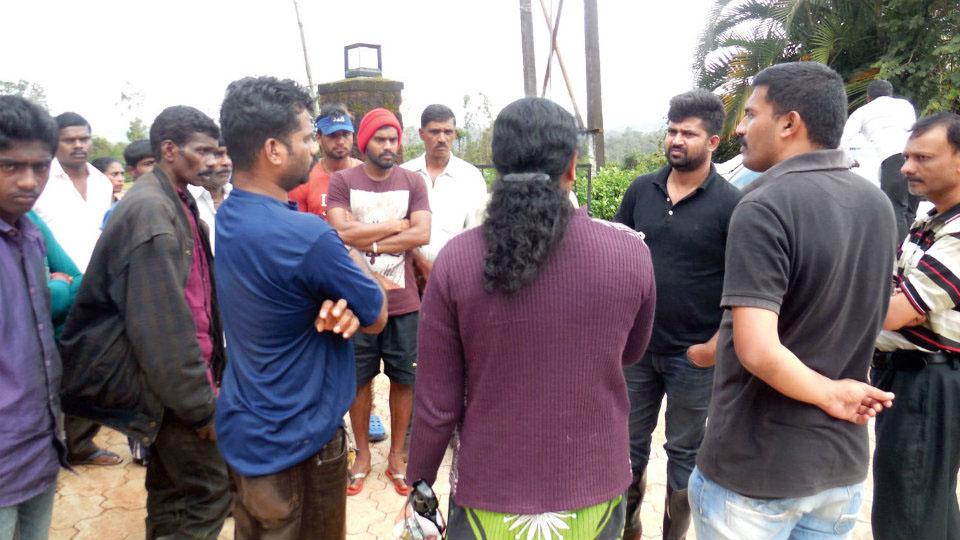 Suntikoppa: Mysuru-Kodagu MP Pratap Simha has opined that the mild earthquake that occurred a month back in Madikeri and Somwarpet taluks could have been the reason for the present landslides in Kodagu district.

Exchanging his views with villagers in the flood-ravaged regions of Madapura in Somwarpet, the MP said that the tremors would have weakened the soil and due to above-normal rainfall, landslides would have occurred. Villagers told the MP that even last Thursday, mild tremors were felt at Sampaje range.

Later speaking to Star of Mysore, Simha said that in Madikeri and Somwarpet, more than 2,000 acres of land have been destroyed due to landslides and over 5,000 houses reduced to rubble. Large acreage of coffee plantations have been wiped out and the worst affected regions are Madapura, Hattihole, Makkandur, Muvathoklu, Katakeri, Yemmethaalu and Meghathalu.

“I appeal to the State Government to at least run the relief centres for another 10 or 15 days. The government can first construct temporary sheds to the victims and later plan proper houses. Setting up temporary shelters will take at least six months and at the same time, the government must rebuild roads that have been lost,” he said.

Poignant scenes were witnessed as the MP reached Chennamma College where residents of Garagandur, Rajaprabha, Kaisari, Lakkeri, Haleyuru and Mallikarjuna Colony told the MP that they were starving. The residents told Pratap Simha that due to incessant rains since the last two months, they were out of field and estate works.

“We are starving and we don’t need money. Please give us some food,” the residents including women and children pleaded. Responding to their pleas, the MP assured them that he would ask the Kodagu District Administration to respond immediately.

Kodagu MP Pratap Simha Suntikoppa
Outflow to river from KRS stopped after 40 days
Gajapayana date yet to be finalised: Sheds being constructed to house Dasara elephants at Mysore Palace premises