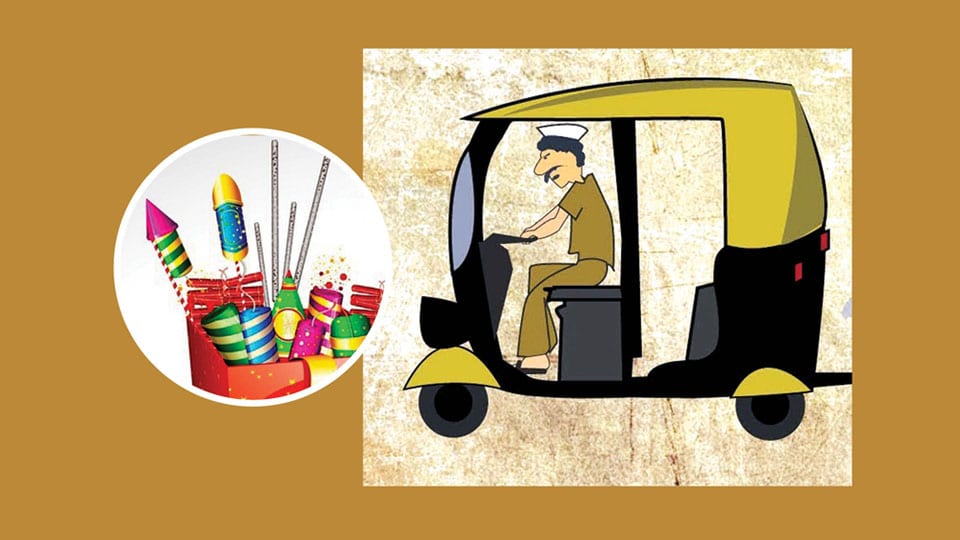 Leadership is traditionally seen as a specialised ability that only a few are endowed with, generally people in position of power or authority. While this could be intuitively easy to understand, leadership in the real world operates differently.

In this series of fortnightly articles titled ‘Leadership Lessons for Daily Living’ authored by Dr. R. Balasubramaniam — the founder of SVYM and leadership trainer who teaches leadership courses at Cornell University, USA and IIT-Delhi, India — he will touch upon extraordinary leadership skills of seemingly ordinary people based on anecdotes. — Ed

Last November, my wife Bindu and I had been to Mayiladuthurai, a buzzing, crowded town on the banks of the river Cauvery in Tamil Nadu to attend a wedding. Getting off the train that is reputed to be late most of the times, we took an auto to get to a Hotel that was not too far away.  Though I was startled at the high fare quoted by the auto driver, we decided to take it as the price one pays to have a quick shower and rid oneself of the tiredness of an overnight journey in a ‘not-so-clean’ Railway compartment.

As we drove along, I picked up a conversation with the elderly auto driver.  The small talk revolved around the weather, the upcoming Diwali festival and we slowly graduated to my question of the fare being on the higher side.  What inspired me was his honest answer.  He mentioned that it was not every day that he is able to charge more than the normal fare, nor does he have a need to do so.  With Diwali being round the corner, he felt that he needed the extra money to give himself and his wife a good Diwali.

He told me about his life’s journey and how he had begun to start driving an auto more than forty years ago. Not having a good education meant that this was the only vocation that he could start off on. He had two sons and he had made sure that they got a good education. Both of them were engineers and were employed in well-paying jobs in Delhi and Chennai.

While he was proud of them, he had not let their monetary support stop him from earning his livelihood.  He was quietly putting away all the money that they sent him to be left behind for their use after his passing.  He was afraid that if he retired, it would mean an emotional and a physical death and was determined to continue to drive his auto, earn his livelihood and be financially independent.

His only regret in life was in not fathering a daughter. In his own simple way, he described how his wife was not just a wonderful home-maker, a great mother, a loving wife but continued to be an extraordinary daughter to her parents even after so many years of marriage.  And he felt that he would miss that kind of selfless love that he had hoped to receive from a daughter.

While his life may not sound different from that of several others, he let me know that most auto drivers in the city earned as much as he did.  But very few of them had moved up the social or economic ladder. His simple explanation was that one’s skills may enable one to earn money, but it was one’s habits that ensured what you did with the money.

He counted himself fortunate that his upbringing and his wife’s influence ensured that he invested the money he earned on his children’s education, while most of his fellow rickshaw drivers spent it on tobacco and alcohol.  While his own happiness grew, he felt that his friends only built their indebtedness and misery.

Living a disciplined and determined life was his recipe for success. This by itself is neither a novel or paradigm shifting message. What made Arumugam (that was his name) different was the quiet sense of inner peace and contentment that he displayed as he went about narrating his life’s journey. There was neither a sense of arrogant attainment nor a sense of inadequacy in his demeanour or words.  All that was there was a sense of equanimity that many of us keep aspiring for.

The message of simplicity, transparency, discipline, self-esteem, pride, determined optimism, respect (for his wife) and concern (for friends & colleagues) was something that he had so well packaged for me in this 10-minute conversation.  Something that I felt no classroom-based University education could ever give me.