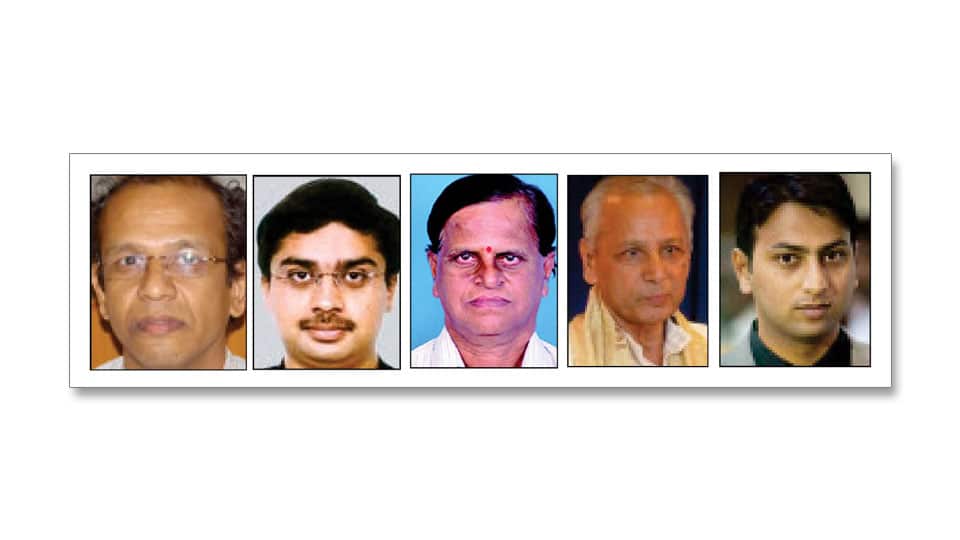 Kautilya, also known as Vishnugupta or Chanakya, who was supposed to be Chief Minister of Chandragupta Maurya, authored Arthashastra in 4th century BC.

It is believed that this work is based on Yajnavalkya Sutras. This work can be considered as an encyclopaedia of Indian Public Administration.

This work was first discovered by R. Shamashastry of Oriental Research Institute (ORI), Mysuru and was first published by him in 1909. Publication of this book brought fame to Mysuru all over the world.

It is believed that this book was written in 325-295 BC. The book describes Public Administration, Rajadharma, characters and behaviours of Mantris, Administration of law, property inheritance, taxation, Tantra Pratitantra etc. Several of administrative suggestions are still relevant.

The lecture series will be highly useful to our Corporators, politicians and, of course, students of various disciplines.

Parampare, as an organisation, has established a tradition of arranging lecture series as  a regular feature in Mysuru every year for the past several years. These lectures have become popular not only for their inspiring content  but also for the fact they stick strictly to the time schedule.

As the name implies, the topics touch upon issues that reflect our art, culture, tradition, values etc., which have come through ages. In essence, they tell absorbing stories, events and historical anecdotes inherited from generation to generation. Though in modern times, the life pattern has gone through a sea change, the lectures and demonstrations convey a message how they can be adapted to suit the present to live a life of joy and contentment.

The present series of lectures between June 3 and June 8 (daily 6 pm to 8 pm at Sri Nadabrahma Sangeetha Sabha) is on the topic of Kautilya’s Arthashastra. Here are the programme details:

June 3: Inauguration by Prof. C.K.N. Raja, retired professor of Law, followed by introductory lecture ‘Historical background of Arthashastra’  to be delivered by Shatavadhani Dr. R. Ganesh, Sanskrit Scholar of International repute and author of many books in Kannada and Sanskrit. He is well-known to Mysureans for the exhibition of his unique talent as Avadhani.

June 4 and 5: Lecture on ‘Discovery of Manuscript, Shamashastry’s contribution and contents of Arthashastra’ by  Dr. T.V. Satyanarayana, retired Deputy Director of ORI, who has served for more than 30 years as a research scholar at ORI and serving as Honorary Advisor. He has been working as Hon. Editor of Sudharma, Sanskrit daily, for about 30 years.

June 6: Lecture on ‘Other Sanskrit works based on Arthashastra’ by Arjun Bharadwaj, who is a poet, engineer and musician. He is a polyglot, well-versed in Sanskrit, Kannada, English, Greek and German languages. A multi-faceted personality working as Associate Professor at Amrita Vidyapeetham, Bengaluru, his research interests lie in comparative aesthetics of Classical Greek and Sanskrit literature.

June 7: Lecture on ‘Principles of Arthashastra in Ramayana, Mahabharata and Rajadharma’ by Dr. H.V. Nagaraja Rao, Scholar of international stature in Sanskrit language. Many foreign students are studying Sanskrit under his guidance. He is also the Hon. Editor of Sudharma Sanskrit daily.

June 8: Lecture on ‘Arthashastra and Indian Constitution’ by Kashyap Nayak, a lawyer by profession dealing with Civil, Commercial and Constitutional issues. Engaged in study of history of Dharmashastras and Arthashastra, he is also a musician and has published papers on various subjects. It would be a unique opportunity to be enlightened and inspired by listening to the lectures by a galaxy of eminent speakers.