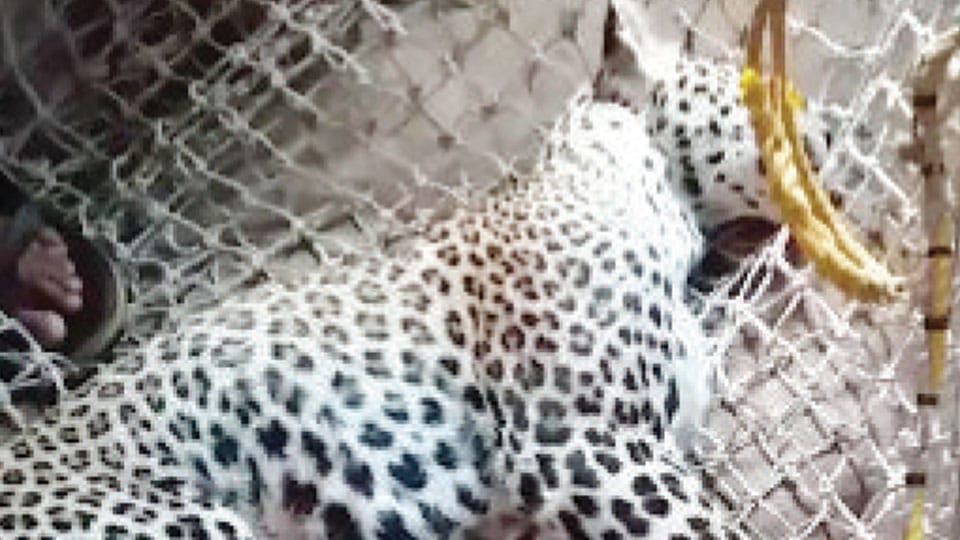 Gundlupet: A leopard that had taken shelter inside a house has been caught by the Forest Department staff.

The leopard, which had sneaked into a house of one Mahadeva at Baragi Tribal Colony in Bandipur Reserve Forest’s buffer zone, had stayed put in the house, scaring the residents who informed the Forest Department officials.

The Forest officials and staff, who rushed to the spot, managed to catch the three-year-old leopard, which was later released into Moolehole Forest area.