Home » Voice of The Reader » Let the bend remain near Jaladarshini ! 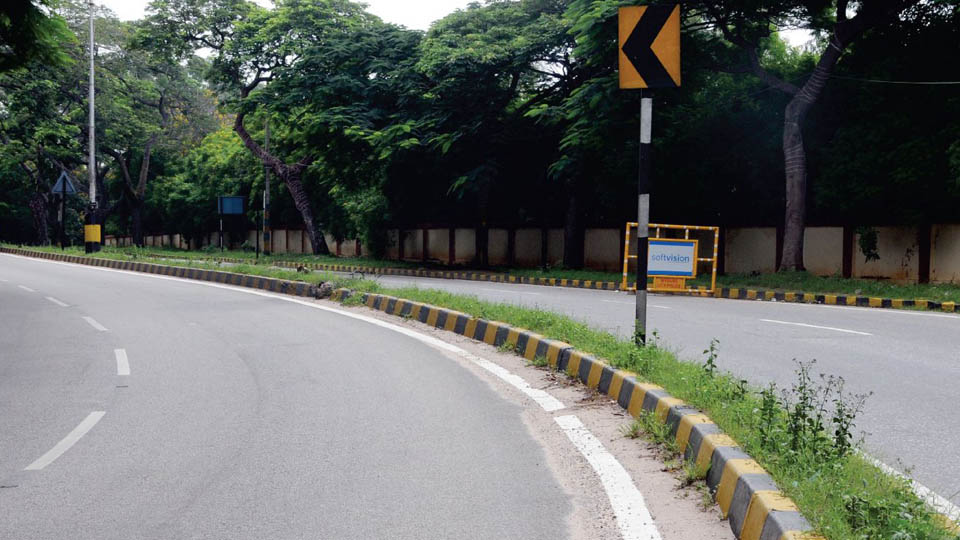 Let the bend remain near Jaladarshini !

Our forefathers who built tanks (Lakes) had a clear idea of the topography of the land around it and designed their villages in such a way that rain water or any water would flow into the Lake. The channels or canals that carried the rain water into the Lake were not filled with water all through the year, but they were carefully looked after in such a way that free passage of water when needed was never hindered by any kind of blocks.

When the tanks were filled to the brim, they even provided additional space adjoining the Lake, again left deliberately empty, so that excess water would overflow into this space and dry out in course of time. These lands also helped in replenishing the ground water in the surrounding places.

Kukkarahalli Lake that I saw as a young boy was so huge; the water would come up to the western edge of Kalamandira. There was no compound along the Hunsur road and not many trees in the Lake area. One could have a wonderful view of the water from ‘Jaladarshini’ or ‘Jalasannidhi.’

Today many may wonder why the ‘Jaladarshini’ Guest House is so named. I remember seeing huge waves in the Lake waters whenever we went there to immerse Ganesha idols during Gowri-Ganesha festivals. Some years ago, the walking path was put in place on the northern side parallel to Hunsur road thereby cutting off water from spreading all the way up to Hunsur road. Land on the other side of Hunsur road adjoining Valmiki road, was meant to be a place for holding excess water when the Lake was filled to the brim and overflowed as I mentioned above. I have seen many times, water spread over in that space.

A few years ago, a petrol bunk came at a corner of that space in spite of loud outcry by many enlightened people at that time. Now, all hell has broken loose. A college, hostel, marriage hall, a Bhavan, a road, all have come up, built by people, totally unmindful of what they have done. The result was there for every- one to see when rains came and Paduvarahalli was flooded.

Now the road-straightening drama is about to begin no matter how many protests happen. I see a more sinister design of land-grabbing in the guise of avoiding deaths due to accidents and if this is not done hurriedly (read before the elections), the fruits might be eaten by someone else later. There are very eminent town planners and engineers amongst us but no one seems to have approached them for advice. Some ulterior motives definitely seem to be the driving force in hurriedly undertaking this project costing Rs.12 crore.

When one of those fatal accidents happened at the bend in the past, I remember H.R. Bapu Sathyanarayana mentioning the fault in the design of the road that takes a sudden bend to the right and downwards with no proper corrective measures done in the road itself. To me it appears a sensible point. This correction, if done, may stop deaths due to bad design of the road. But this will be more than offset by the additional speed the drivers tend to go at and die due to a good road!

A simple remedy is to install barricades or humps to curb the speed and let Mysureans have their beautiful road untouched. Who can do the trick of telling this to the powers that be in the Government?