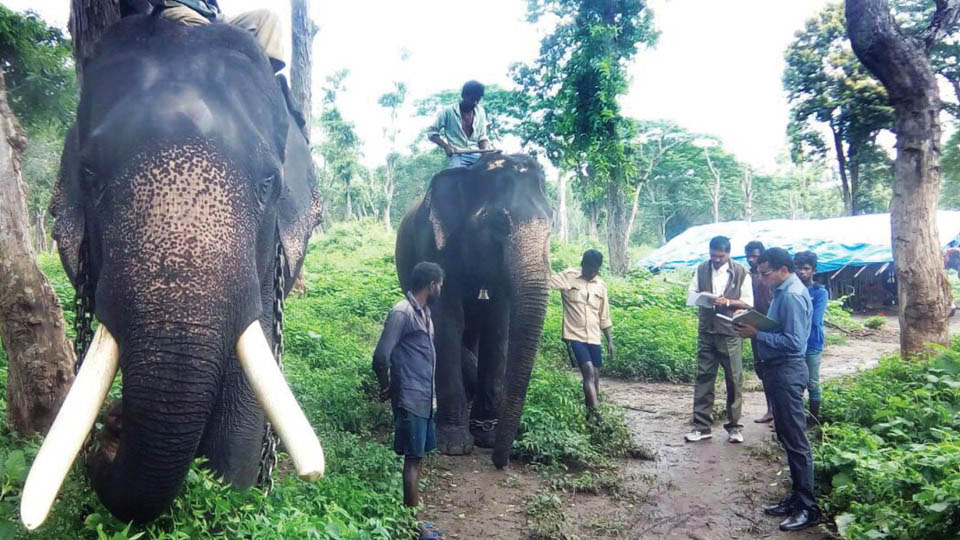 Mysuru: The Forest Department has finalised the list of 15 elephants which will be taking part in this year’s Dasara festivities.

The officials had sent a list of 16 elephants to PCCF for final confirmation on July 13 among which 15 have been finalised.

Arjuna of Balle Elephant Camp is all set to carry the 700 kg Golden Howdah this year. The other 14 elephants to take part in Dasara include Balarama, Abhimanyu and Gopalawamy (all three from Mathigud Elephant Camp); Kaveri, Vijaya, Vikram, Gopi, Harsha and Prashantha (Dubare), Gajendra (K.Gudi). This year new elephants Krishna, Drona and Bheema (all from Mathigud) along with Varalakshmi, have been added, said DCF (Wildlife) V.  Yedukundalu. Meanwhile, the Forest Department has left out Sarala and Durgaparameshwari which is pregnant.