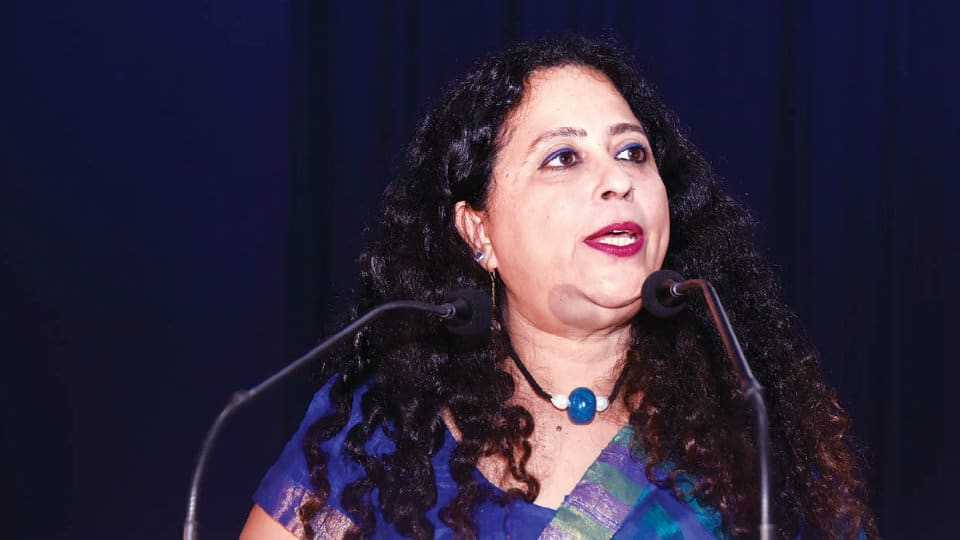 Mysuru has always been known for its literary bent of mind, and has become quite the hub for niche festivals. From the talk of acclaimed novelist Anita Nair, who spoke about societal curbs on women’s desires and slut-shaming, to the session on literature and social media by Resident Editor of The Week K.S. Sachidananda Murthy to a talk on literature and sport by well-known sports writer Suresh Menon, the third edition of Mysuru Literary Fest-2019, organised by Mysore Literary Association at Senate Bhavan inside Manasagangothri campus in city yesterday, proved to be a thought-provoking event for intellectuals, journalists, writers and the common man. Here we present a slice of the event.

“Desire can be for a mango or a man. It could be for a political decision or for a marvellous piece of art…”

Mysuru: “We are constantly told that desires should be contained. We should acknowledge that we have physical, mental and spiritual desires. We are not Gods. We are humans. Men are allowed the freedom to have and satiate their desires but our minds are so trained that we believe women should not have desires. Desires do come with consequences. It is both positive and subversive. But if you don’t desire, you can’t build an identity. It is your desire that distinguishes you from another person.” These were the words of well-known novelist Anita Nair.

Speaking on ‘Politics of Desire’, she questioned taboos that restrict women from having desires and said desire is fundamental to every human being.

Explaining how every writer goes through that crippling fear and self doubt before starting to write a new book, Anita recalled that three years after she wrote her novel ‘Ladies Coupe’ — which tells the story of a woman’s search for strength and independence — she relooked at the contemporary Indian women who were still trying to preserve their identity, despite challenges.

The suicide of acclaimed author and Kerala Sahitya Academy Awardee K.S. Rajalakshmi in 1965 was what set Anita to think of what worked against this single woman, who seemed to have a near-perfect life, that forced her to take the extreme step. As she left no suicide note, there were and still are several speculations about the reason for her suicide. Was she tired and constantly at odds with the world?

Taking a cue from the literary works of Rajalakshmi and entwining it with how her life ended, Anita, through her protagonist Srilakshmi, revisited gender equality in her latest book ‘Eating Wasps’, where she talks of the travails and distress of women, their desires, how they are slut-shamed every time they raise their voice. Calling it one of her bravest books, Anita said that often women are told to “think what you want but speak what we want”. She called upon women writers to write what they know and seek to know.