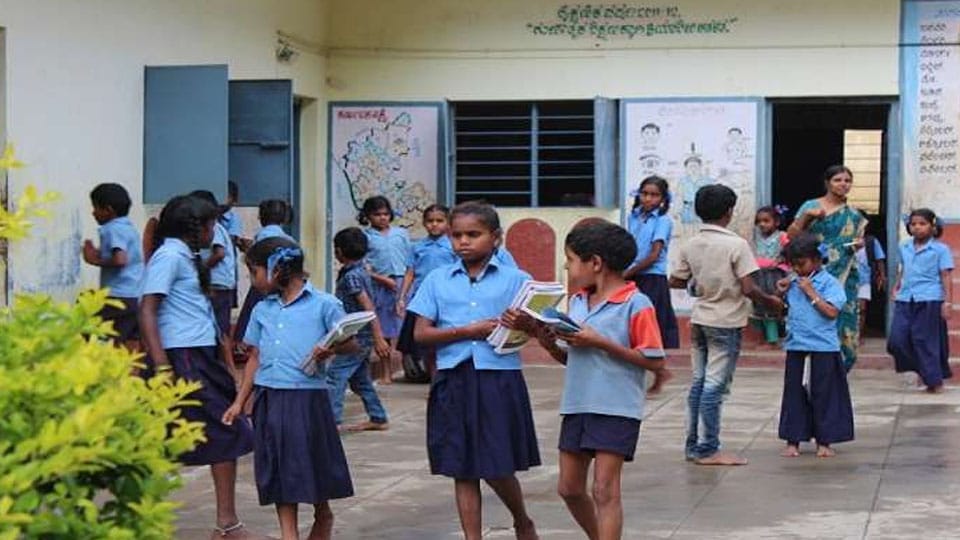 LKG, UKG classes to be started in Govt. Schools

This was decided at the State Cabinet meeting held here on Thursday.

Briefing reporters after the meeting, Law and Parliamentary Affairs Minister J.C. Madhuswamy said that the Cabinet held a detailed discussion on starting of LKG and UKG classes in KPS (both English and Kannada Medium) as recommended by the NEP. After a protracted discussion, it was decided to start the classes in 276 KPS from the current academic year. Though, suggestions came to start in all KPS at one go, it was not agreed as it would be difficult for the Government to provide basic infrastructure like teachers.

The Minister said that teachers who have completed D.Ed and B.Ed are being imparted Montessori training to handle the LKG and UKG classes. While teachers would be given a honorarium of Rs. 7,500 per month, the ayas would get Rs. 5,000 per month. The decision to start the classes was taken to impart a quality education to children.

This decision is seen as an effort to end the hegemony of private educational institutions which would charge exorbitant fees from parents. Once the LKG and UKG classes are started in KPS, the general public would like to admit their wards in view of nominal fees and more facilities.

The JD(S)-Congress coalition Government headed by Chief Minister H.D. Kumaraswamy had established 276 model KPS from first standard to 12th standard in every hobli to prevent the people from enrolling their kids to private schools. These schools would start functioning from the current academic year.

The Cabinet also approved the revised estimate to construct the Court Complex in the premises of Ponnampet IB in Kodagu district at a cost of Rs. 13.98 crore.

The work had stopped for several months due to controversy over the project cost.