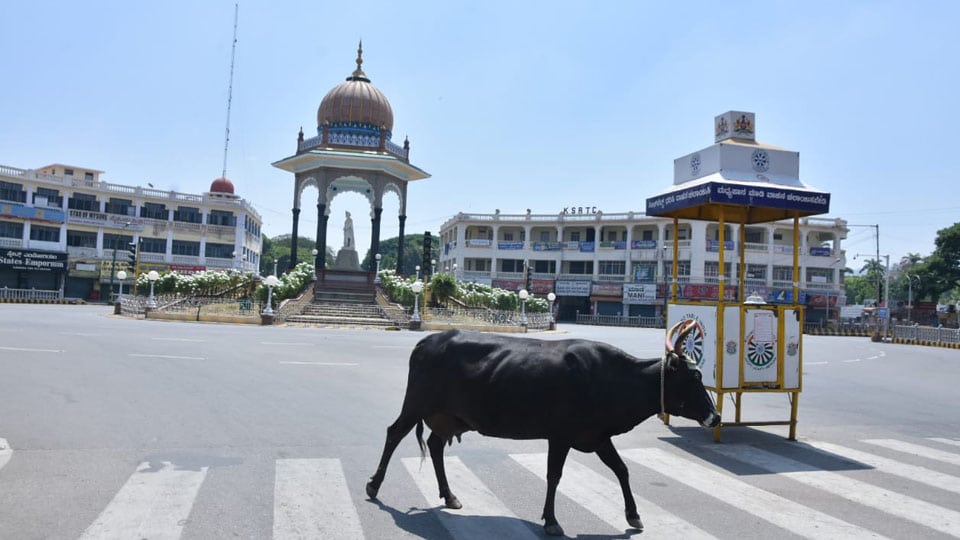 Lockdown effect: No accidents in city since Mar. 25

Mysore/Mysuru: Mysuru city, a tourist hub which was abuzz with vehicular traffic, is now an accident-free city with not even a single accident reported from Mar. 25.

In a bid to prevent the spread of COVID-19, Prime Minister Narendra Modi announced a 21-day nationwide lockdown from the midnight of Mar. 24.

The movement of vehicles (except vehicles transporting essential commodities) came to a standstill following the lockdown, resulting in the level of sound and air pollution coming down and even consumption of fuel reducing.

Apart from this, no deaths or injuries due to accidents have taken place and the people are living peacefully.

According to the statistics, 84 accidents were reported in January 2020, 68 in February and 65 up to Mar. 24. The accidents include both fatal and non-fatal ones.

Following the imposition of lockdown in city, not a single accident has taken place, according to the Traffic Police Department records.

This is because of no movement of people and vehicles, Traffic Police said. Though a few vehicles transporting essential commodities, delivering food and grocery to the needy and a few vehicles moving in emergency situation, the number of accidents during the lockdown period is zero, the Police added.

The number of fatal accidents that took place in Devaraja, Krishnaraja, Narasimharaja, Siddarthanagar and V.V. Puram Traffic Police Station limits in January is 10, 14 in February and 8 up to Mar. 24.

Non-fatal accidents that took place in the above Traffic Police Station limits are 74 in January, 54 in February and 67 up to Mar.24, according to sources at Mysuru City Traffic Division.