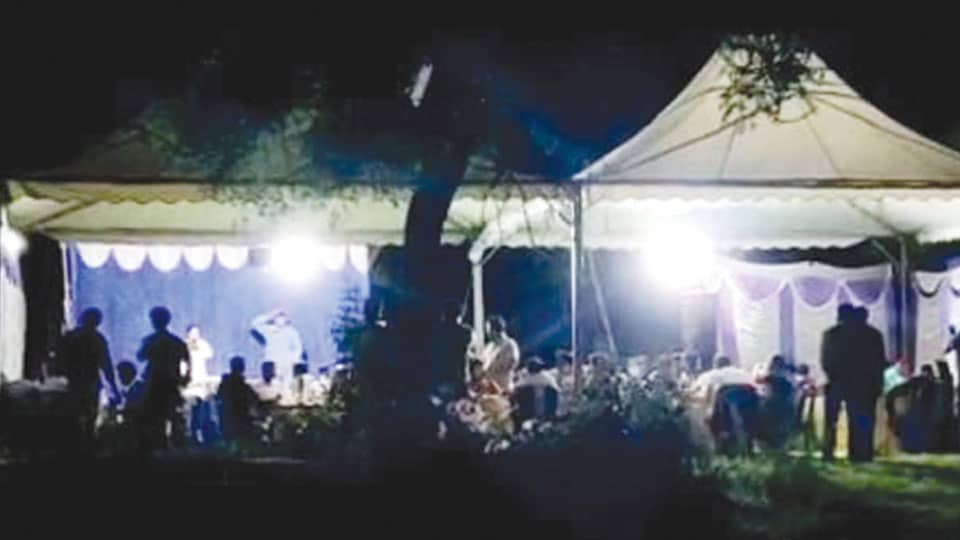 Mysore/Mysuru: The KRS Police on Wednesday night arrested 34 persons for violating lockdown rules and partying late night when the ban order is in force from 9 pm to 6 am. However, they were released on Station Bail.

On Wednesday night, the birthday of one Dasappa alias Dasa was being celebrated at the farm house of one Shekar by organising a party along with music and dance following which the local residents informed the Police alleging public nuisance.

KRS Sub-Inspector N.B. Naveen Gowda and staff, who raided the farm house, arrested all 34 persons besides seizing the music system, loud speakers and other equipment.

Cases were registered against the 34 persons under IPC Section 269, 271, 290, 92(A) and notices were issued to them under CrPc Column 41 clause A and the offenders were released on Station Bail, according to a press release from the Police.