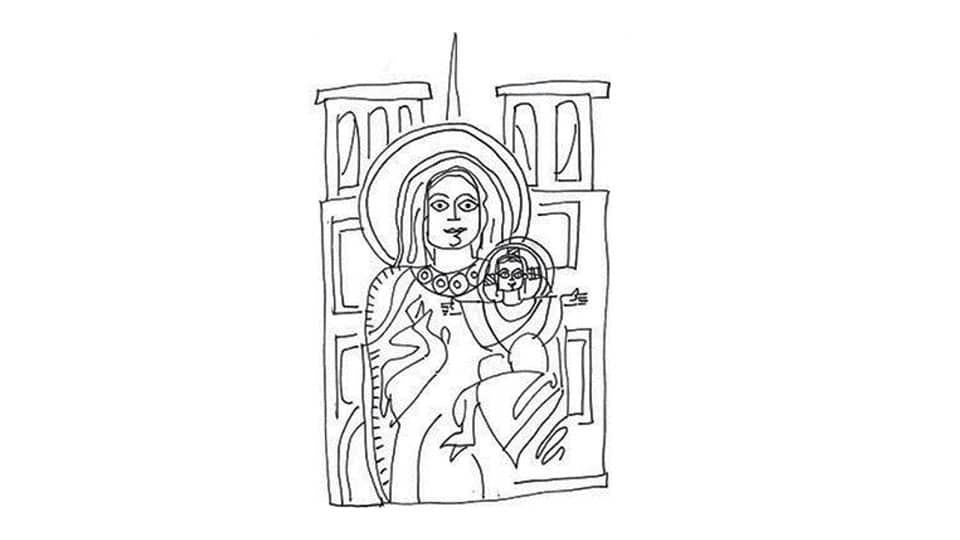 Notre Dame means Our Lady in French. Though popular as a name for the most famous Parisian Church, which recently caught fire, it refers generally to Mary, Mother of Jesus, who plays an important role in Catholic mythology and in medieval European history.

The New Testament of the Bible mentions that, before her marriage, Mary was told that she was chosen by God to be the vessel through which the Son of God would be born on Earth. Though a virgin, she conceived and became the mother of Jesus. This idea of the virgin birth is critical to Christianity. It establishes Jesus as Christ, the anointed one, chosen by God, to enlighten humanity that they have been forgiven for the sin committed long ago, in Eden, by the first man and the first woman. While many scholars have traced Jesus to a historical figure who lived around 2,000 years ago, his popularity in the Christian world comes from the mythology of being born of a virgin. This idea of virgin birth is found even in Islamic traditions.

About 1,500 years ago, the Roman Empire adopted Christianity as its official religion, as a strategic move to keep its people together. Shortly thereafter, the idea was proposed that Mary should be venerated alongside Jesus, as she was no ordinary woman but the Mother of God. This idea of celebrating and venerating Mary is a primarily Catholic practice and is rejected by the Protestant Church that rose 500 years ago. It preferred to focus on God and Jesus and argued that the worship of the Virgin Mother had nothing to do with the Gospels and was a remnant of ancient pagan fertility practices such as worshipping the Egyptian Goddess Isis and her son Horus.

Around a thousand years ago, when the Crusades were being fought between the Christian and Islamic worlds over control of the Holy Land, especially the city of Jerusalem, we find several stories of the knight-in-shining-armour and of courtly love, of men who went into battle, defeating dragons and fighting on behalf of women, who they loved deeply. But their love was ‘pure’, meaning non-sexual, involving the spirit, not flesh. This idea of pure love, in which a man fought on behalf of a woman, submitting to her completely and unconditionally, was very popular with the bards of the time. It became a model to the various celibate monks, who fought in the Holy Land, such as the Knights Templar, who fought on behalf of Mother Mary, Our Lady, Notre Dame. It is the model found in 007 films, in which James Bond is willing to do anything for Queen and country.

In this period of Crusades, the famous Notre Dame Church was built in Paris, as much for Mary as for Jesus and God. After the French Revolution, which valued liberty and equality and rejected the ‘Divine right of Kings,’ around 300 years ago, this Church was completely desecrated by rational and secular forces, who replaced the image of Mother Mary with that of the Lady of Justice. Statues of Biblical Kings were beheaded because they were assumed to be local Kings, who the revolutionaries hated. Later, the Church was returned to the clergy and has since remained an important symbol of not just Paris, but Europe’s Catholic legacy.

READ ALSO  A cluster of Goddesses

Decoding Mythology Dr. Devdutt Pattanaik
Calling for creativity
Are you happy at what you are doing?