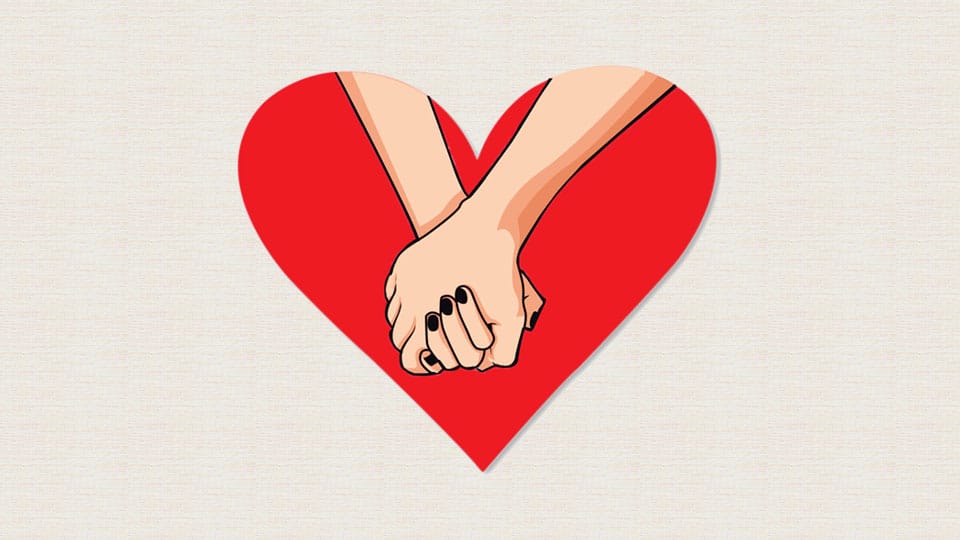 Love Marriages will make us Indians ?

On Feb. 8, Justice Sanjay Kishan Kaul while passing judgement on a ‘love marriage case’ said,  “Educated younger boys and girls are choosing their life partners, which is a departure from the earlier norms of society where caste and community played a major role. Possibly, this is the way forward, where caste and community tensions will reduce by such inter-marriages.”

The above idea may seem too simplistic a solution considering India’s complex social structure. But it is a solution all the same.

Inter-marriages are considered by many as a union that dilutes one’s culture. But the truth is it educates you about others’ culture and also enriches you. Unless, of course, you are a fanatic who marries just to propagate your religion and force your culture on your spouse while wiping away the culture they grew up with.

Makes one wonder, why convert someone if you love them?  It’s like saying, I love Cadbury’s chocolate and I can eat it anywhere anytime, BUT… if I want to take it home, then I would like to have some sugar sprinkled on it and have it re-named as biscuit.  This only means that you don’t actually love Cadbury’s chocolate, but instead were always looking for Bourbon biscuit. So why not pick Bourbon biscuit to begin with?

Yes, the idea of ‘inter-marriage’ to achieve Dr. B.R. Ambedkar’s ideology of  “Indian first and Indian last” does sound simplistic, pedestrian and unachievable, almost impossible even. More so, considering that even today, majority of marriages among educated rich and middle class Indians are arranged.  Interestingly, inter-marriages are higher among the poor!

The Apex Court made another observation. It said, “The younger generation that chooses to marry beyond the norms of caste and community was facing threats from elders.” This is too general a statement and is unfair to many elders and parents who know that their child has a choice and remain in an advisory role.

Not all elders are villains in the Indian love story. A caution from an elder or disapproval of one’s choice by an older relative should not always be misconstrued as some form of ‘patriarchal power play.’ It could just be genuine concern which could help a youngster make the right choice. That is why today arranged marriages have taken new avatars such as “semi-arranged marriages” or “love-cum-arranged marriages.”

In fact, earlier parents would feel proud to say their child had an arranged marriage and even had the audacity to not only look down upon, but sympathise with parents whose kids had a love marriage! I have heard a woman  say “my condolences” to her friend whose daughter had a love marriage.

Earlier even young couples were very proud to claim that theirs was an arranged marriage. But today, among the young, well-educated and well-travelled middle class couples, one senses a slight sense of embarrassment when they say “we had an arranged marriage.” So instead they say “it was love-cum-arranged.” No one wants to be that couple who, though well-educated, well-read and well-travelled still needed their daddy and mummy to find a partner.

Marriage for love is a recent phenomenon even in western nations, we’re just taking a little longer as we have very complex social structures. Now a combination of education, financial independence and technology is giving “love marriage” a boost.

Earlier, finding a mate was primarily based not only on faith and caste but also geography. In the good-old-days one usually found a mate in the neighbouring village, then with public transport and media, you could find a mate in another city or State. In the mid-1990s, internet made an entry and soon youngsters entered chat rooms to find a mate, usually within one’s own ‘community-chat rooms’, but now the world is your Playboy Mansion or Playgirl Villa.

Today you could be sitting on a pot with your smart phone swiping profiles on Tinder, Bumble, OkCupid, or any one of the numerous dating apps and find a potential life partner. Just imagine you can find your future wife or husband while taking a dump!

Online dating apps are set to change our social fabric because not only does it give the power to choose, but more importantly, it gives one the power to reject.

Earlier, a potential bride or groom had to first see a photo or meet a prospective mate at a common event. If you don’t “click” you reject. This happens over and over again until you find the one that “clicks.” But if you reject more than a few times,  then word starts spreading…

First, the murmurs begin that you are a “fussy” person. Then your parents’ parenting skills are questioned as they’ve raised an indecisive fusspot. Then your relatives will give you disapproving looks at family events as your repeated rejections are not only embarrassing them but also hurting their child’s future prospects.

Then the rumour mills begin churning out stories.  Most common rumour — you already have a girlfriend or a boy-friend and are on a “rejection-spree” to frustrate your parents into saying “marry whoever you want but just get married.” And nowadays they have introduced a “gay” angle ! Finally, as the pressure builds, you run out of courage to reject anymore and choose the very next person you meet.

But thankfully today you can swipe through 100 potential mates in a matter of minutes and reject them all. No fear, No awkwardness, No repercussions, No rumours, No bitterness, No gossip, No embarrassment and No gay theories! It sure is liberating. But as liberating as it may be, it has  its shortcomings.

Technology has also rendered us indecisive. What the internet does so efficiently is give us choices, too many choices and dating apps are no better. Social scientists have proven that when we have more options, we are actually less satisfied and sometimes even have a harder time making a choice at all. So one has to know how to wield this power of choice.

As comedian Aziz Ansari noted in his book Modern Romance: An Investigation — “Finding someone today is probably more complicated and stressful than it was for previous generations, but you’re also more likely to end up with someone you are really excited about.” The last part is important and more so for women.

No matter how far we’ve come, women always get the short end of the stick. Be it employment, respect, or love. That is why, it’s good news that there are dating apps which give women the choice to choose which man she would like to talk to and get to know. Technology, education and financial independence essentially will not only end the control of men over women, but it will also make men better men.

Let’s face it, if it was not for arranged marriages half the Indian men would never find a wife. Today, men can behave in a repulsive manner, be dull and badly groomed, yet they will find a wife, because mummy and daddy will find one for them somehow. So men have no incentive to be charming, chivalrous, well-behaved or well-groomed.

Now with dating apps, urban women make the choice. If men want to evoke her interest you better be well-spoken and if it leads to a meeting you better be well-groomed, because if your body odour precedes your presence, you will feel her absence within minutes!

Going forward, urban women will have a choice, elders and brothers may scream that she has brought “dishonour” upon them but technology is going to honour individual choices.