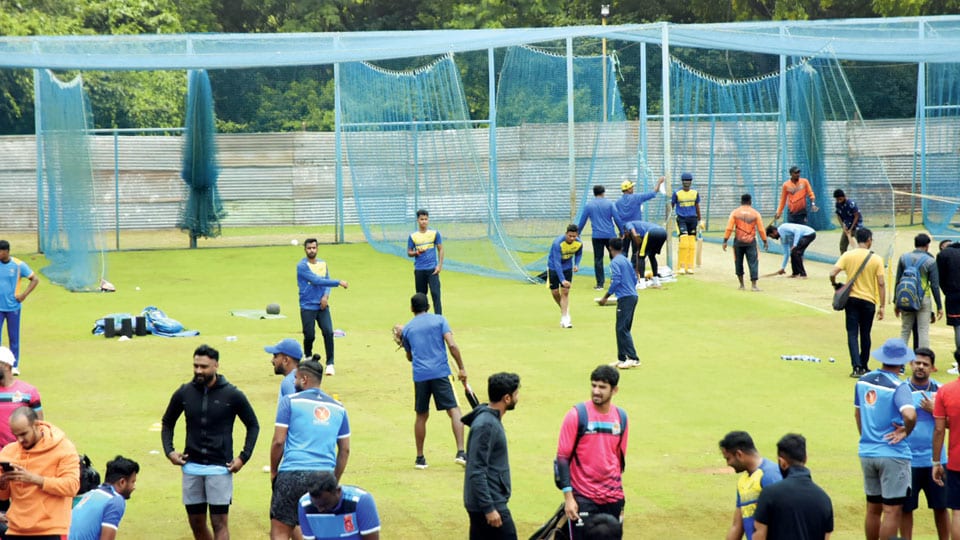 KPL’s New Avatar: Will it work?

The Karnataka Premier League (KPL) has been rechristened as Maharaja Trophy. Not only has the name changed, but its fundamental structure is also different. The question is will this new change make it an uninterrupted tournament, unlike all these years?

Karnataka State Cricket Association (KSCA) hasn’t been able to keep KPL going consistently. The League started in 2009 and then discontinued in 2011. Then it was re-started in 2014, suspended in 2019 due to covid and later because of the match-fixing scandal. Now it has been renewed in a new avatar.

Not only has its name changed from Karnataka Premier League to a lengthy — Maharaja Trophy KSCA T20 Cricket Tournament, but its very nature and ownership model have changed — KPL is no longer a franchise model. It’s now a sponsorship model.

Earlier, the franchise would appoint the coaching team, apart from choosing its players. Now a person or a Company sponsors a team while KSCA does everything else.

A sponsor only gets to choose the city it wants to sponsor via an application to KSCA. If KSCA accepts your application, you get it. Once your application is accepted, the KSCA invites the sponsor to participate in a lucky draw.

After this, the sponsors are asked to leave the room, and the coaching staff headed by the selector gets to choose the players for the said team via the ‘draft system’.

Similarly, the second team that the KSCA President picked from the lucky draw box, Gulbarga, got to choose the second player. They chose Manish Pandey. And so, the process continued for the first six player picks. This is called the first round of the draft.

This lucky draw system is only this time, the first time. From next year, the winning team gets to pick last. This way, the team that finished last this year will get a chance to improve their team the following year by having the first pick to have the best player. This keeps all teams competitive and on a level playing field over time.

Interestingly, this new drafting system is similar to the one used by the famous American Basketball League, the NBA — National Basketball Association. The Tamil Nadu Premier League (TNPL) follows this same method. The difference is that in NBA and TNPL, the teams are franchise owned.

As KPL takes this new avatar, one wonders what happens to the owners who  invested in these teams all these years. Many bought KPL teams, hoping that while they promoted cricket, they could also create a “property”. Their team would do well, and they could get a reasonable “valuation” like IPL teams, creating a new asset. With no control over the core aspect of the team, will sponsors stay long enough?

Since KSCA is following the NBA model, why not give ownership while retaining control of the players and cricketing aspects? The TNPL is doing just that, so why not us? This way, KSCA promotes talent while the team owner promotes the team and his franchise.

What purpose does this new model serve? Earlier, the owners wanted to win, at least the professionally run ones. The ones that wanted to fix matches never wanted to win anyway.

Also, earlier owners would ensure ‘meritocracy’ over ‘favouritism’ or influence. Now, KSCA officials get to pick their favourites in the draft. Indeed, the KSCA has provided a “selector” for each team, but when the selectors’ careers are in the hands of KSCA officials, they obviously will cater to their KSCA “mentors.” Does this truly help the “uninfluential” local kids, the talented local kid with no godfather who needs that much-needed nudge to make it to the next level?

Maybe, this new system will create a level playing field for a team in the long run, but one fears that when there is no sense of ownership, there will be little incentive to spend on the game and players in the long run.

Lucky for Mysuru, the Mysore Warriors is sponsored by NR Group, our own city’s business house, who made sure there were at least 4 to 5 local boys in the Mysore Warriors team. This year there are two; we wonder if they will be even in the playing eleven. But how long will anyone invest in a team if they don’t own it? Because if the brand building is all they want, they will divert their ad budget elsewhere, no?

Let’s hope this new draft and sponsorship model does not turn KPL into another routine KSCA tournament in its calendar, or worse, render it defunct…again.