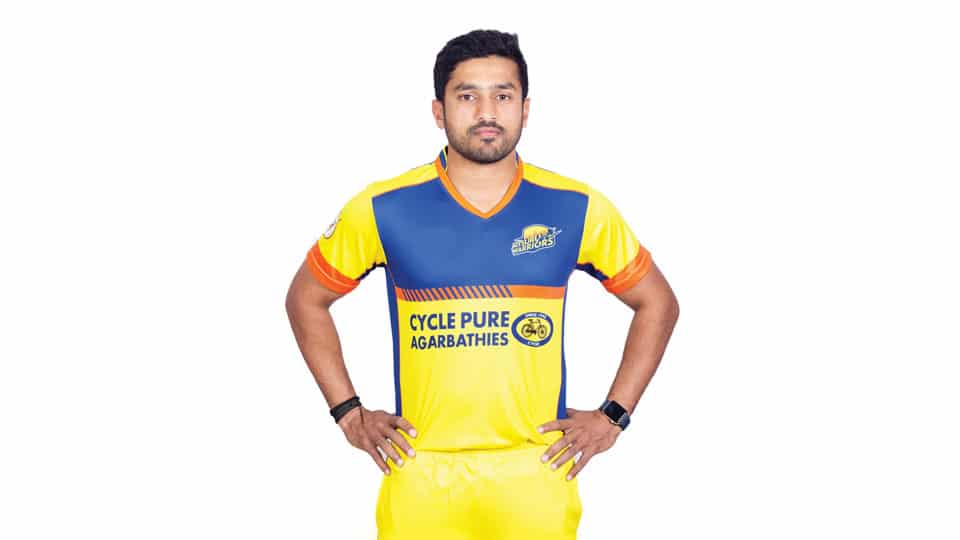 The competition, which will begin in Mysuru (Aug. 7 to 15) and move to Bengaluru (Aug. 17 to 26), will replace Karnataka Premier League (KPL) that ran for eight seasons till 2019 before a match-fixing and betting scandal grounded it.

The 30-year-old prolific batsman began his batting career with his international debut on India’s limited-overs tour of Zimbabwe where he featured in a couple of ODIs.

After Virender Sehwag, Karun Nair became only India’s second triple-centurion when he accomplished the feat against England in his second Test match in 2016.

Speaking on the captain selection, Arjun Ranga, Managing Director, Cycle Pure Agarbathi, said: “The captaincy will bring a challenging opportunity for Nair and his dedication and efforts will only add value to the team. His leadership role will strengthen the team position in the game and as we have immense hope for the team this year, his captaincy will only take the team to new heights.”

Speaking on his captaincy, Karun Nair, Team Captain, Mysore Warriors, said: “I am humbled with this responsibility, I have played for the country and now it is time for me to bring the experience to the team and nurture some good players. This is my second year of captaincy with the Mysore Warriors, and I am positive that we are going to make everyone proud.”