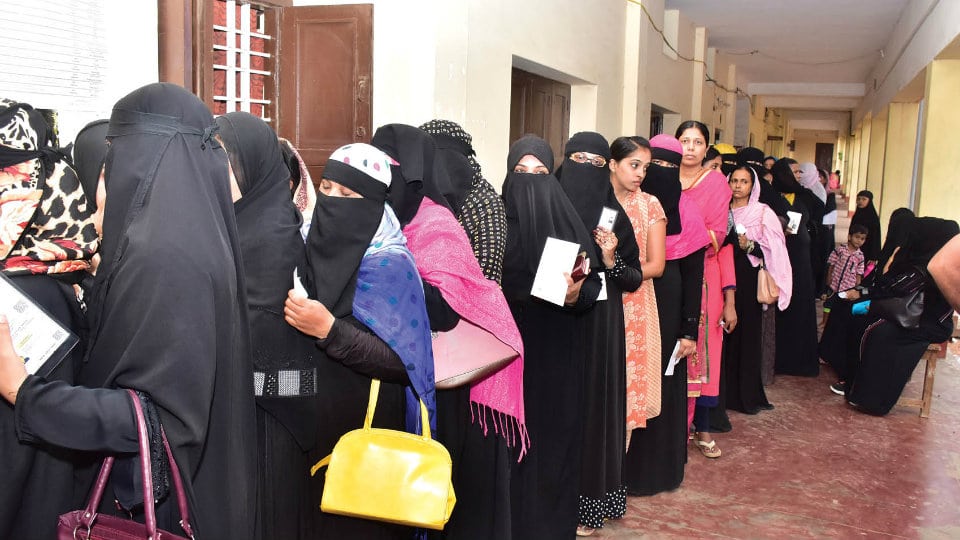 Mysuru:  With the polls for 14 Lok Sabha (LS)  Constituencies in the southern part of the State ending yesterday, the figures after the end of the polling show a marked increase in poll percentage in Mysuru-Kodagu, Hassan, Chamarajanagar and Mandya LS segments of  Mysuru region as compared to the previous Lok Sabha polls in 2004 and 2009.

The rise in poll percentage can be attributed to the voter awareness campaigns conducted by the Election Commission, District Administration, MCC SVEEP committee and other organisations.The increase may also be due to special electoral rolls revision drive, inclusion of new voters, setting up of voter helpline etc. General organisations and business establishments / hotels etc., offered concessions/discounts to voters who displayed their inked fingers and this also played a significant role in higher voter turnout.

In Mandya, the voter turnout recorded yesterday was 80.23 percent, the highest among the 14 Lok Sabha seats which went to the polls yesterday.

In Chamarajanagar, the voter turnout after yesterday’s polls stood at 74.11 percent which is 1.3 percent higher as compared to 2014. In 2009, the Constituency had recorded a poll percentage of 67.97 percent.