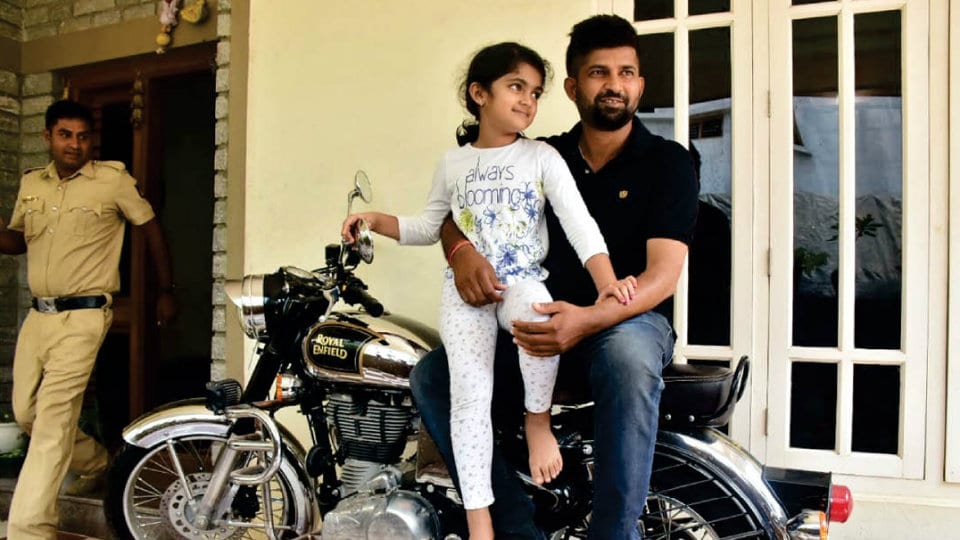 Mysuru: A day after the elections to the Mysuru-Kodagu Parliamentary Constituency, BJP and Congress candidates Pratap Simha and C.H. Vijayashankar were seen in a relaxed mood along with their family members at their homes this morning.

Pratap Simha and his wife Arpitha Simha were exhausted after a hectic campaign schedule since the past 15 days were found at their Vijayanagar residence spending time with daughter Vipanchi Simha.

The campaigning ended on Apr.16, but their door-to-door canvassing continued till the polling day. Arpitha Simha was confident of her husband’s victory. She said that she has been suffering from leg pain after canvassing.

Sitting MP Simha also visited his office and discussed booth-wise voting to ascertain and analyse the probable results. Speaking to Star of Mysore, Pratap Simha exuded confidence about his victory and said that voters of the constituency voted for ‘Modi wave’ which is sweeping the country.

Congress candidate C.H. Vijayashankar spent most of his time relaxing at his home along with his family members in Vijayanagar. He performed puja at his house and said he was also keen to analyse voting patterns with his supporters and party workers.

He said Mysuru-Kodagu constituency has registered record of voter turnout of 69.25 percent particularly in rural segments which would play a crucial role in his victory.