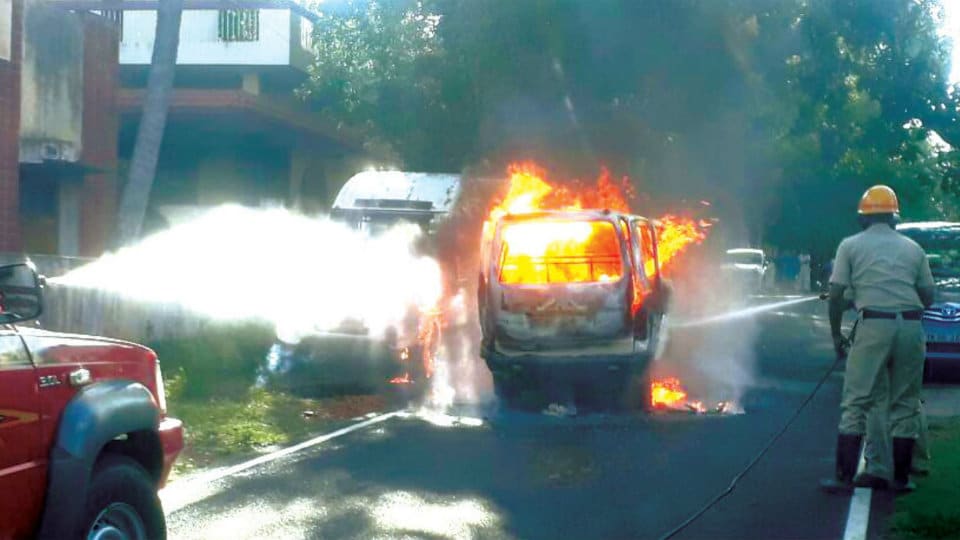 Mysuru: Two students travelling in a private school van had a miraculous escape when the van in which they were travelling caught fire and was completely gutted near Vijaya Bank Circle in Kuvempunagar here last afternoon.

Meanwhile, Kuvempunagar Inspector Mahesh Kumar and staff, who visited the spot, conducted mahazar during which they came to know that short circuit in the engine of the van caused the fire.

The Police said that the van had a gas cylinder installed in the rear.