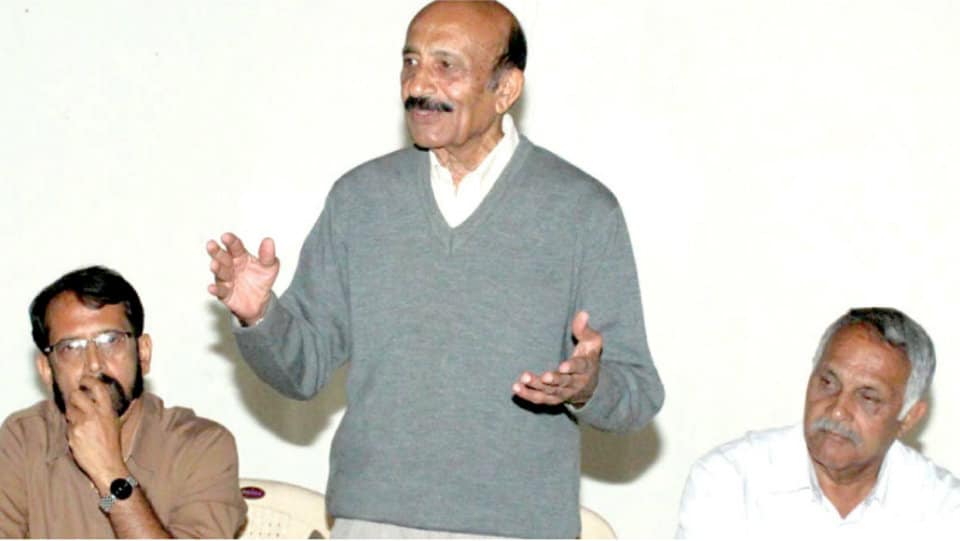 Madikeri: In a big setback to the JD(S) in Kodagu ahead of the forthcoming Assembly polls, former Minister and senior JD(S) leader M.C. Nanaiah is all set to quit the party and is likely to join the Congress soon.

Speaking at a meeting of his supporters at the Chamber of Commerce Hall in Madikeri on Monday evening, Nanaiah said that he would abide by whatever decision they took. His supporters have decided to join the Congress.

Nanaiah, who is believed to have attended the meeting for 10 minutes, is said to have told the gathering that they were free to take any decision and he will abide with whatever they decide.

This development comes a couple of weeks after Chief Minister Siddharamaiah called on Nanaiah at the latter’s residence in Madikeri during his visit to Kodagu.

Nanaiah is at loggerheads with the JD(S) since a couple of years. The gap widened following the party’s decision to field ex-Minister from Madikeri constituency in the upcoming Assembly polls.