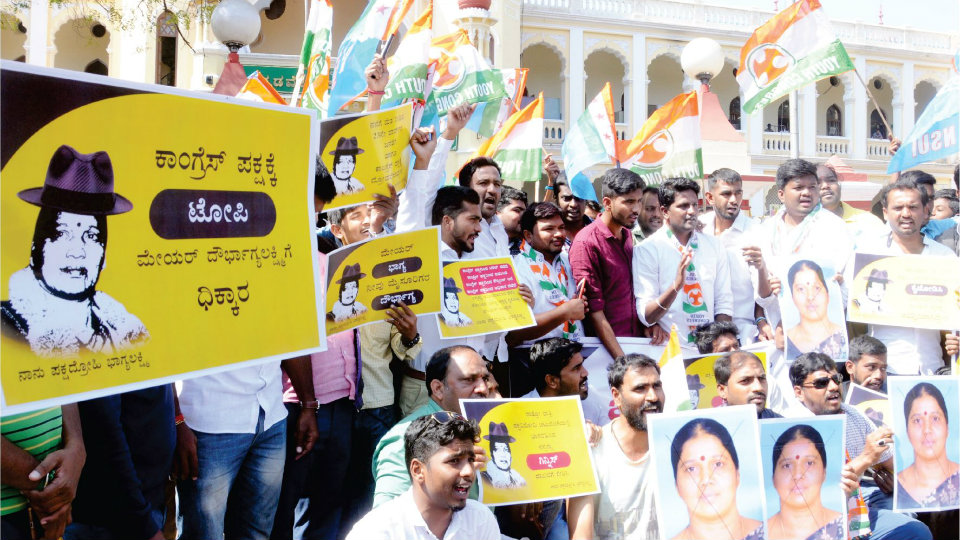 Mysuru: Accusing the newly-elected Mayor B. Bhagyavathi of betraying the Congress (the party from which she was elected from MCC Ward No. 23 in the 2013 polls) by joining hands with the BJP-JD(S) combine to bag the Mayor’s post, over 50 members of NSUI (National Students Union of India) and Youth Congress staged a demonstration in front of the MCC office on Sayyaji Rao Road this morning to demand her resignation.

Calling her as ‘Mayor Dhourbhagyalakshmi’ for practising unethical politics, the protestors displayed posters with a picture to depict her as a ‘cheat.’ They demanded her to resign from the primary membership of Congress party with which she was associated for several years. They also urged her to immediately step down as Mayor.