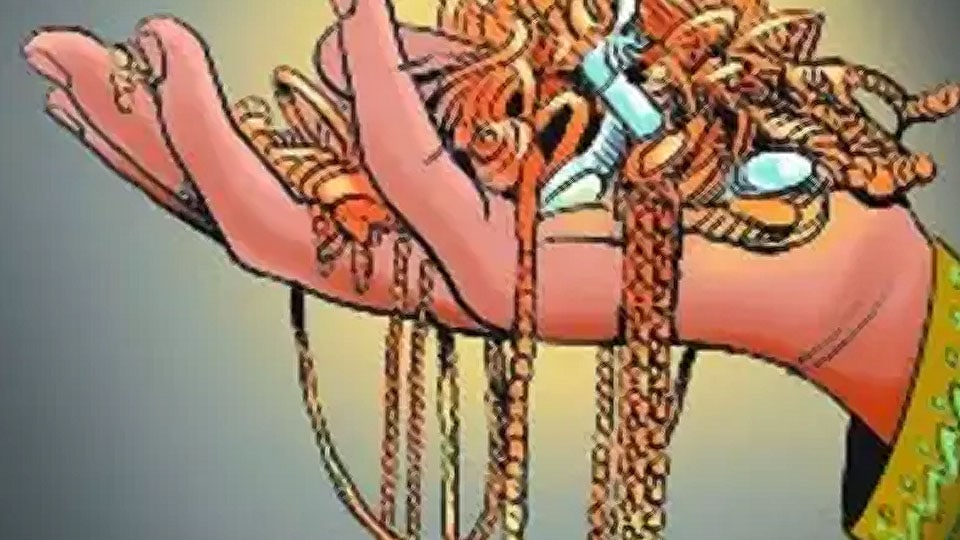 Mysore/Mysuru: Alanahalli Police have arrested a domestic help on charges of looting houses and have recovered gold ornaments, silver articles and cash, all worth Rs. 11,94,000 from her.

During interrogation, the accused is said to have confessed of looting 160 grams gold ornaments, silver articles weighing about 2 kg and Rs. 70,000 cash which was kept in the almirah at the house of one Dr. N. Kumar, a resident of Nandini Layout in city.

Dr. Kumar had taken his wife to a physiotherapy centre on June 30 at about 7.15 pm and returned home at about 9 pm.

On July 1 morning, the doctor’s wife opened the almirah to take out silver articles to perform puja and found the silver articles along with gold ornaments and cash missing, following which the doctor lodged a complaint with Alanahalli Police on July 2.

Alanahalli Police
End of the rope… for now or forever ?
Guru Purnima celebration by Chinmaya Mission