Home » Columns » End of the rope… for now or forever ? 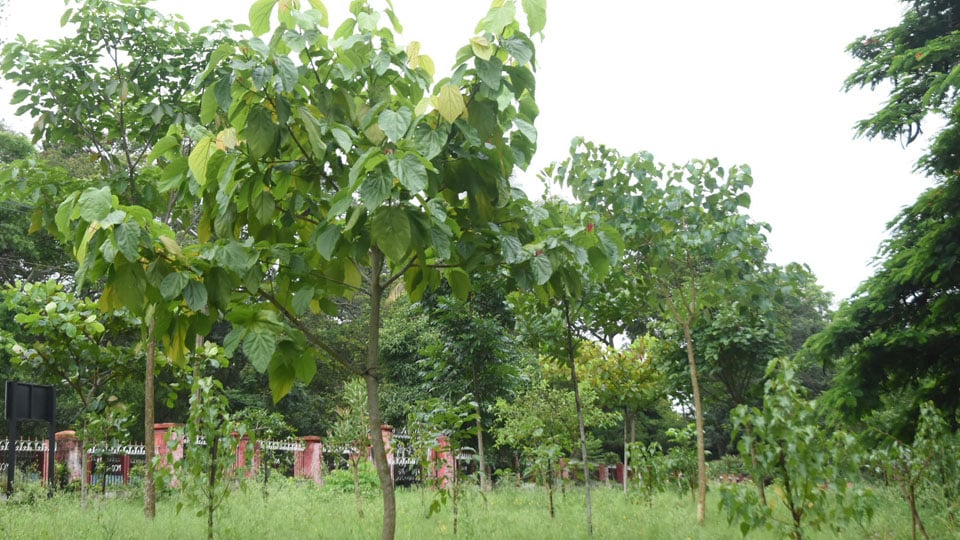 End of the rope… for now or forever ?

Whenever there is talk of development in Mysuru, the first target is Chamundi Hill. Now for the first time, our MLAs, MP and the District in-charge Minister have said no to the noose that threatened to hang Chamundi Hill’s flora and fauna — the Ropeway Project.

After a long time, our leaders have collectively responded in a progressive manner to the environmental concerns of the citizens. They have refused to turn Chamundi Hill into one theme park.

It is appreciable of our local leaders who saw reason, unlike the former Tourism Minister R.V. Deshpande, who arrogantly said that he wanted to boost tourism and did not care for anyone who protested the Ropeway !

We wonder if R.V. Deshpande was not worried about questions such as, with landslides in Chamundi Hill, will the pylons holding the Ropeway stand? Where was the environmental feasibility study? Who would maintain the Ropeway? What are the safety issues? Can we afford specialised rescue teams? Will the huge generators be installed to ensure an uninterrupted power supply to keep the Ropeway moving and not pollute the Hill? Nothing, but he wanted to go ahead anyway. But there was divine intervention and he had to step down.

As Mysuru becomes more and more accessible to the world, with the soon-to-be-opened ten-lane expressway and a bigger airport, the city will attract more industries and immigrants. With that comes more homes, more loss of greenery, more air-conditioners producing more heat and more vehicles on the road, all of which will increase the city’s temperature and decrease the quality of air and life. To offset this, we need green urban forests! Yes, we need forests in our city.

In 2020, on World Environment Day, June 5, the then Minister for Environment, Forest and Climate Change, Prakash Javadekar, launched the Nagar Van project. The scheme aimed to create urban forest cover in 200 cities across the country by 2025.

The Karnataka Forest Department has taken the initiative to develop Nagar Van (Urban Forest) at Navalur village in Dharwad, which is one among the three cities selected by the Central Government for the development of urban forest in the State. We wonder if Mysuru is included in the list.

Most cities have parks, but they are not enough to offset the onslaught of urbanisation, so we need thick forest-like areas within our city to offset the pollution. We need heavy urban forestry to moderate temperatures in cities caused due to the Urban Heat Island Effect where heat, radiated from concrete buildings and roads, makes the city warmer than the surrounding countryside.

Earlier this year, the Finance Minister said that by the time India turns 100, nearly half the population would be living in urban areas, making it imperative to nurture India’s mega cities and facilitate tier-2 and tier-3 cities to gear up for the future. Mysuru is a tier-2 city that is undoubtedly gearing up and needs these forests now.

Bengaluru has been an example of what a city should not turn into, and Mysuru should learn from it. Bengaluru, known as the Garden City, has turned an urban forest like Turahalli in Southern Bengaluru into a garbage and debris dumping area. For some time now, the Environmental Support Group (ESG), a pan-India advocacy forum, has teamed up with the Karnataka Forest Department to reclaim Turahalli and turn it back into an urban forest.

Luckily Mysuru seems to have some forward-thinking officers. In 2021, the then Deputy Conservator of Forests (DCF) Dr. K.C. Prashanth Kumar told us that his Department already had a blueprint for increasing green cover and even had planned urban forests within the city.

This Urban Forest concept has already been implemented on a small scale behind Cheluvamba Park at Vontikoppal. In this location, more than 500 native plants have been planted, which will grow and become a forest in the next couple of years.

The Forest Department has also identified Lalithadrinagar, KSRTC Layout, Vijayanagar 4th Stage and J.P. Nagar as areas with the potential to nurture urban forests. Let’s hope it comes to fruition, and only residents of these areas can push for urban forests in their respective regions.

Now, while successive Governments are pretty unpredictable in their plans for Chamundi Hill, what about Mysureans? Is there a danger of leaving Chamundi Hill at the mercy of just politicians and bureaucrats? Should Mysureans not have a say in our Hill?

Here we must appreciate Chamundeshwari MLA G.T. Devegowda and other leaders, who wholeheartedly supported him when he proposed the formation of a Chamundi Hill Development Authority.

On June 26, a meeting was held to discuss preparations for this year’s Ashada atop Chamundi Hill where MLA G.T. Devegowda placed a proposal for the creation of such an Authority. He said, “The aim is to enable all stakeholders to have a say in the Hill’s future instead of only a section of powerful people taking                             unilateral decisions.”

Surprisingly even the District-in-charge Minister S.T. Somashekar said he would bring the issue before the Cabinet or personally speak to the CM as the decision can be taken at a high-power meeting.

More importantly, Somashekar announced that a proposal to acquire 5 acres of land close to the foothills for housing would be examined as the village’s population atop the Hill was expanding. He also assured that the families now staying atop the Hill would not be disturbed, but further construction of houses would be regulated. Let’s hope he keeps his word.

Finally, our politicians are doing right by the Chamundi Hill and the deity Goddess Chamundeshwari. It was about time. Let’s hope this Ropeway Project and other such “Disneyland” mindset has ended now and forever. Let’s hope in the coming years, along with the inevitable urban sprawl, there will also inevitably be an urban forest sprawl.

3 COMMENTS ON THIS POST To “End of the rope… for now or forever ?”