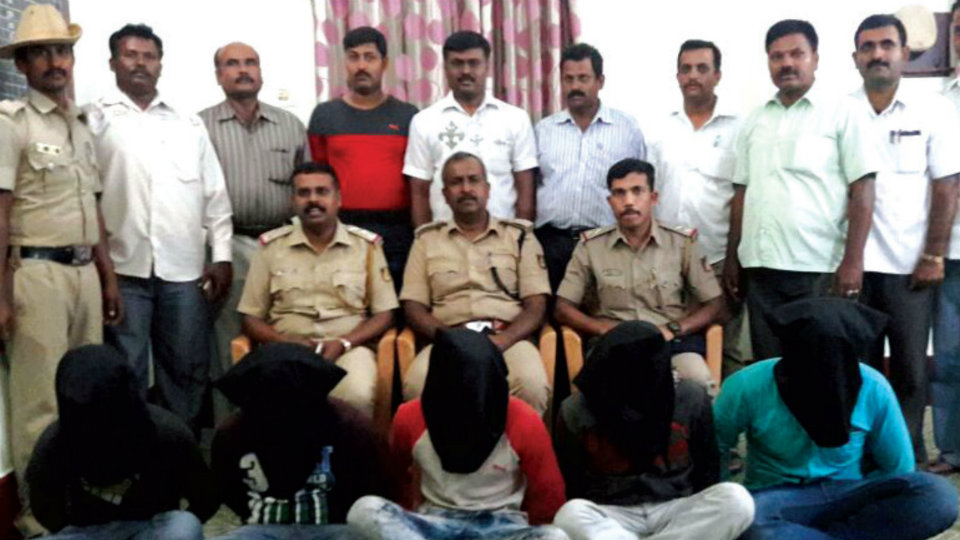 The Police said that Shivaraju and his accomplice had barged into a house belonging to one Satish, son of Siddegowda in Nelamakanahalli at around 1.45 am on Dec. 18, 2016 and had allegedly murdered both Satish and Sharavathi, who are present at the house. Though, Sharavathi’s son 11-year-old Akash screamed and tried to stop one of the murderers he was overpowered and pushed into a room.

Later, the gang dragged Satish out of the house and attacked him with lethal weapons. Satish, who was grievously injured, died at the spot. The attackers then entered the house and slit Sharavathi’s throat. The Police added that Sharavathi’s husband Siddegowda, who is serving his life sentence in Mysore Central Jail after being convicted in a murder case, allegedly hatched a plan with Shivaraju inside the jail to kill both Satish and Sharavathi.

The Police recovered the duplicate keys, mobile phones and lethal weapons from the accused. They are also in search for Rajanna, another accused in the case.