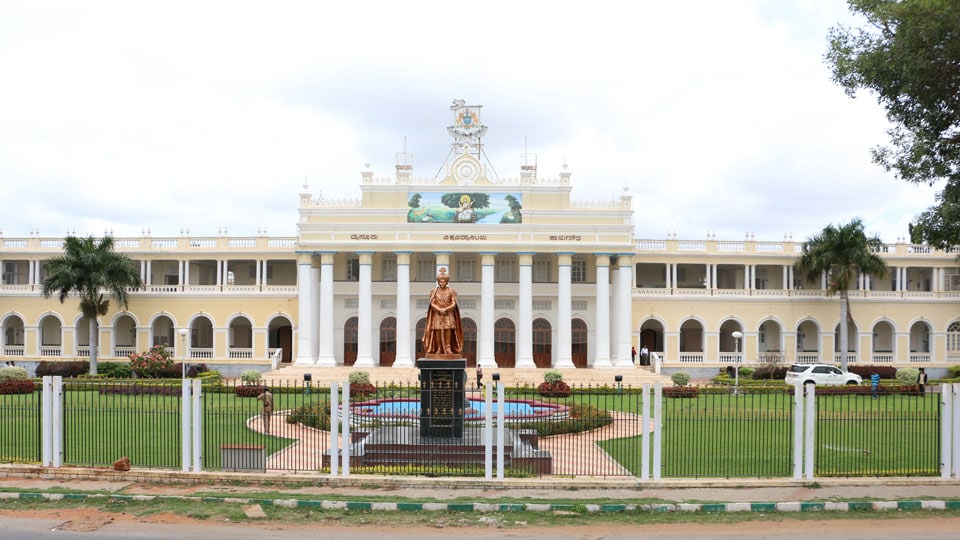 Mysore/Mysuru: Accusing the University of Mysore (UoM) authorities of failing to provide food even after weeks of start of classes and subsequent opening of Hostels, several students staying  in Post-Graduate Hostels in Manasagangothri campus staged a snap stir in the  campus this afternoon.

Claiming that they are not being provided food, the protesters charged the University authorities of providing food to only students who are appearing for the exam, while depriving the facility to other students.

Urging the University authorities to set right this anomaly, they warned of continuing their protest if their demand is not met.

Meanwhile, UoM  Student Welfare Officer Ramachandra, rubbishing the allegations of protesting students, told Star of Mysore that the University is providing food only for admitted students and exam candidates.

Asserting that many outside students are consuming food at the PG Hostels and this has deprived genuine Hostel students of their entitled  food, Ramachandra said it is wrong on the part of the students to resort to stir.