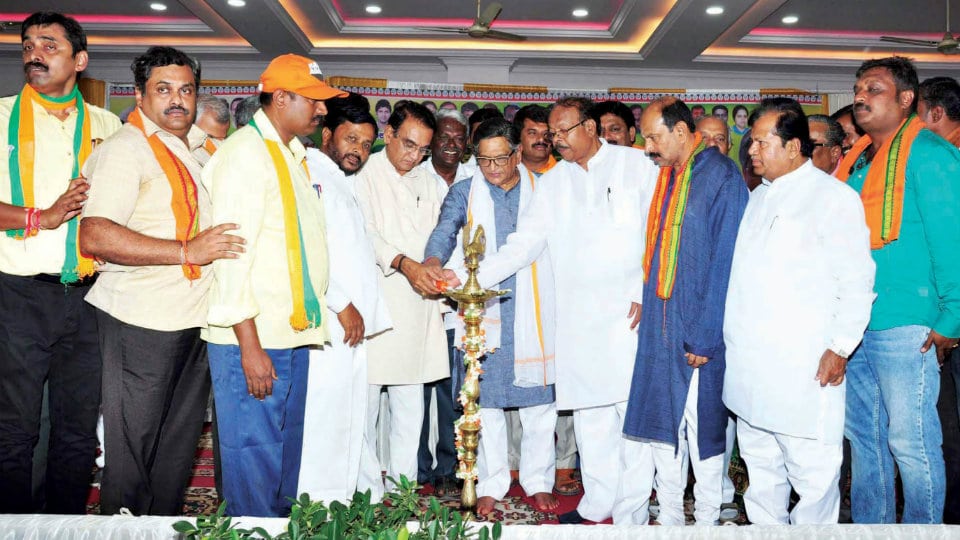 He was speaking at a meeting of BJP activists held at BGS Bhavan here yesterday.

After joining BJP, Krishna had kept away from active politics but had canvassed against former CM Siddharamaiah in Chamundeshwari constituency during the previous Assembly polls. With Lok Sabha election in near future, Krishna has reappeared in Maddur taluk of Mandya district from where he commenced his political career.

Addressing BJP workers, Krishna said, “From 2009 to 2014 during the UPA regime, I was the Minister for External Affairs for three-and-a-half years when Rahul issued an order that any leader above 80 years should not be in the Cabinet. I was disappointed and resigned. PM Manmohan Singh had no power to intervene which was all with Rahul. That was the time when major scams like 2G Spectrum, Commonwealth Games and Coal Distribution surfaced.”

“Such situations are bound to surface when there is no able leadership in the country with Congress having no control over alliance parties. A few discussions were going on without the knowledge of Manmohan Singh as Rahul was functioning like an extra-Constitutional body,” recalled Krishna.

Appreciating the leadership of Prime Minister Narendra Modi, Krishna, heaping praises on Modi, said that the country had seen remarkable progress during the BJP Govt. at the Centre.

He opined that BJP should come back to power in the Lok Sabha election with Modi as the leader again urging that BJP should open its account in Mandya. Krishna further said that he would visit all the taluks in the district and contended that BJP is always youthful and would enthuse the younger generation. He ridiculed the so called confluence of 20 and odd parties to defeat the BJP and asked who is the leader of that mega confluence?

Speaking to the press later, Krishna expressed an ambition that all his contemporaries there in Congress should join BJP.

He pleaded ignorance on BJP wooing Sumalatha Ambarish to its fold. He clarified that neither he nor any member of his family would contest in LS polls from Mandya.