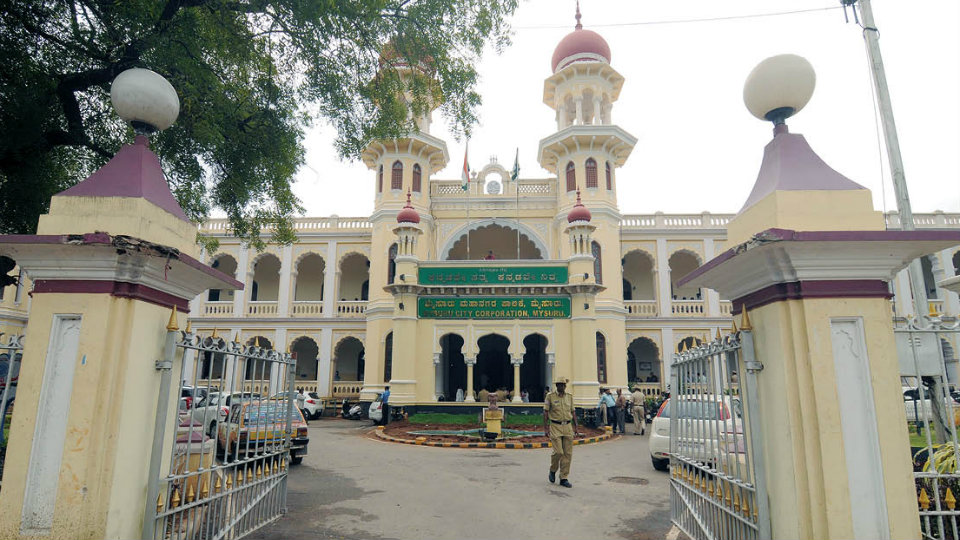 Mysuru: With MCC Corporators M.U. Subbaiah and B.V. Manjunath alleging a Rs.1.40 crore scam in the M.G. Road development works, Mayor Pushpalatha Jagannath has constituted a Fact-Finding Committee to probe and submit a report in this regard.

The Committee, headed by Pushpalatha Jagannath herself, has MCC Council Secretary R. Rangaswamy as the its Member-Secretary. The other members of the Committee are Deputy Mayor Shafi Ahmed, PWD Superintending Engineer (SE) K.V. Prakash, MCC Town Planning Standing Committee Chairperson Lakshmi, Leader of the Ruling Party in the MCC H.M. Shantakumari and Corporators Ayub Khan, Prema, Shivakumar and M.V. Ramprasad.

BJP Corporators M.U. Subbaiah and B.V. Manjunath at the MCC General Council Meeting held on Jan.29, had accused the then MCC Zone-I Assistant Commissioner Sunil Babu and Junior Engineer M.N. Mohana Kumari of being hand-in-glove with the contractor in the alleged double billing of M.G. Road development works amounting to Rs.1.4 crore, when the Mayor announced setting up a Committee to probe the charges.

The Mayor on Feb.6 constituted the Committee, which has been asked to probe the charge and submit report in eight days.

The first meeting of the Committee will be held at the MCC Old Council Hall in city tomorrow (Feb.11), under the chairmanship of the Mayor.