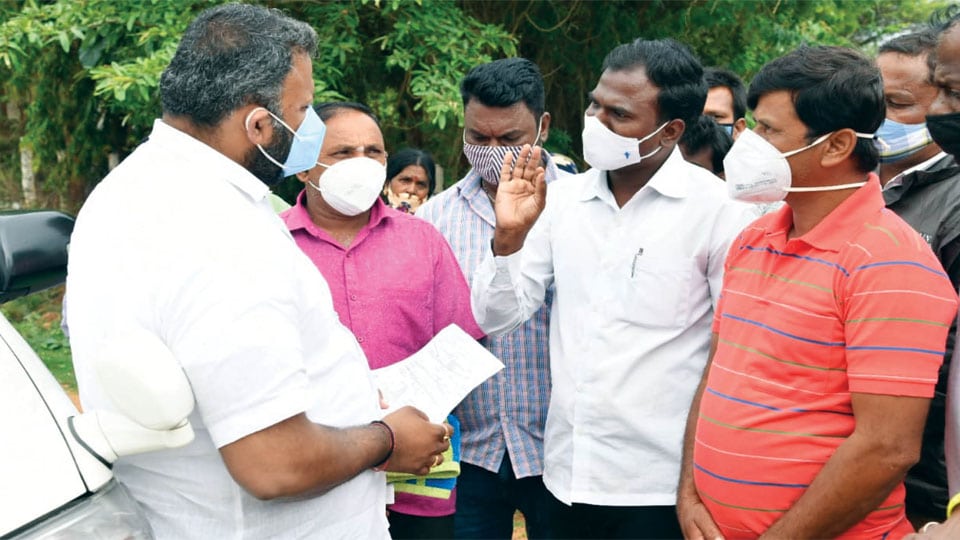 Manned Railway Gate to come up on Kodinarasipur Road in Nanjangud

Mysore/Mysuru: “A manned Railway Gate will be installed on Kodinarasipur Main Road in Nanjangud Taluk where  Mysuru-Chamarajanagar Railway Line passes. Villagers have been requesting for a manned Railway Gate since long time,” said MLA B. Harshavardhan.

Speaking during his inspection of the spot on Tuesday, he said, “Railway officials, who met MP Sreenivasa Prasad and me separately, had informed about constructing an under-bridge. I had informed them not to commence any works until a spot inspection is undertaken and then inform them about what has to be done. Following directions from the MP, I have come for a spot inspection.”

The MLA further said that the villagers had complained of not having a Railway Gate since 40 years. Also, Railway officials had decided to close the connecting road to the village. “After continuously fighting to save the road, a letter was written to the Tahsildar, Deputy Commissioner and the Railway authorities to utilise the existing connecting road and install a manned Railway Gate, but still nothing has been done so far,” he alleged.

At present, the Railway Department is saying that they will be constructing an under-bridge, but there is a huge underground water storage tank to supply water to many villages built under Dodda Kavalande Drinking Water Project, Nugu High-level canal and water bodies close to the road, the MLA said and added that as the proposed under-bridge spot is in a low level, water from the canal may flow towards it.