Home » News » Marriage Registrations to be mandatory for all soon 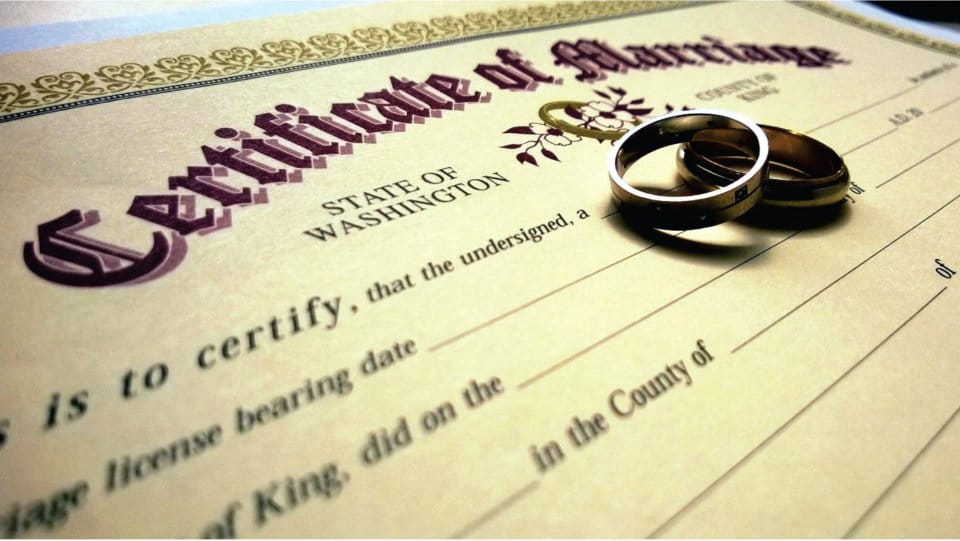 Marriage Registrations to be mandatory for all soon

New Delhi/Mysuru:  Registration of marriages, irrespective of religion of the parties involved, will be made mandatory for all citizens across the country soon to check “marriage frauds,” mostly by NRI grooms.

The Law Ministry proposes to amend the Registration of Births and Deaths Act, 1969 to provide for a countrywide legal framework to enforce compulsory registration of marriages.

The move primarily seeks to safeguard Indian women from “marriage frauds” committed by Non-Resident Indian (NRI) grooms. “The decision to bring such an amendment was taken at an inter-Ministerial meeting recently. Law Ministry will send the amended bill to the (Union) Cabinet for approval soon,” official sources said.

Over the years, a number of such cases have come to the fore, where NRI men tied the nuptial knot in India and left the country, deserting their wives. Reports of NRI grooms dumping women on foreign soil after taking them abroad post-marriage in India are also rampant.

A report of the National Commission for Women some years ago recorded about 1,300 such cases between 2005 and 2012. In July this year, the Law Commission of India, in its report to the government, recommended making registration of marriages compulsory across India by amending the Registration of Births and Deaths Act.

The report noted that several States, including Karnataka, Tamil Nadu, Delhi, Punjab, Haryana and Rajasthan, have already made registration of marriages compulsory within their jurisdiction. However, absence of a Central legislation had made it difficult to check cases of “marriage frauds.”

“Non-registration of marriage affects women and children. Women are the main victims of bigamous relationships and property disputes. They face immense difficulty in establishing their marriage. In order to develop a sound and unified system of registration across the country, a Central legislation is necessary,” the Commission noted.

“Fraudulent marriages are on the rise especially among NRIs. Compulsory registration can serve as a means to ensure that conditions of a valid marriage have been performed,” the Commission recommended.

Where to get Marriages Registered in Mysuru

In Mysuru, you can get your marriage registered at any of the Sub-Registrar’s offices.

The office of Sub-Registrar (North) is located at Mini Vidhana Soudha. 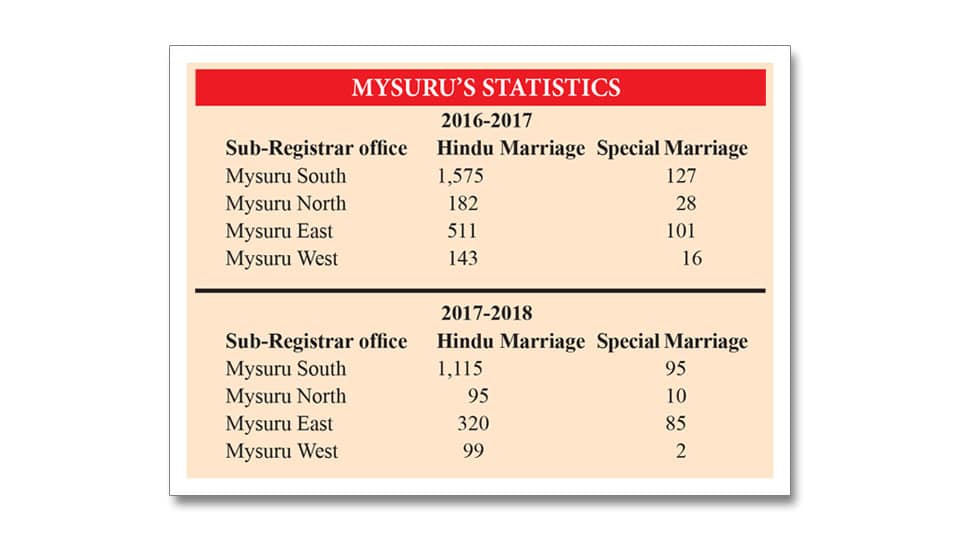