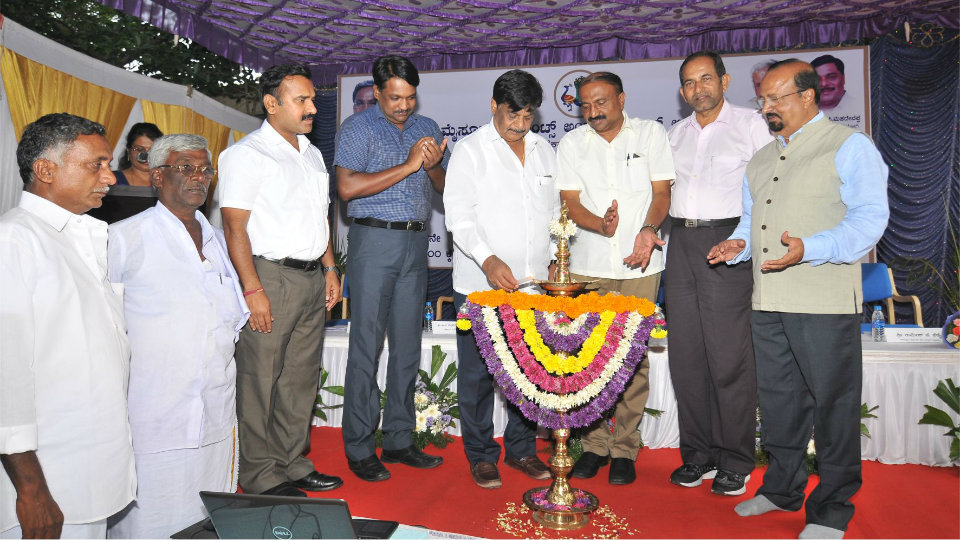 Speaking after launching the website and inaugurating the celebration, the Minister, who favoured technology upgradation, said that there was need to upgrade technology and install advanced machineries at MyLAC so that it could come out with best products which would enable MyLAC to compete in international markets.

Congratulating the employees, who are the driving force of the State-run company, the Minister said that the company, which was started by erstwhile ruler Nalwadi Krishnaraja Wadiyar, was the only State Government undertaking company which is under profit and added that the company was showing profit from two decades continuously besides winning the ‘Best Tax Payer. Award.

Speaking about Labour Laws and prevailing industrial scenario, the Minister said that Dr. B.R. Ambedkar, as Labour Minister then, had brought reforms and had taken initiatives to protect the working class. “There is a need to protect labourers in unorganised sector,” he opined.

He said that a part of the profit in the company, be reserved for the welfare and development of labourers and claimed that there were about 132 employees in the company who were all skilled.

May Day celebration
More on ‘Sons of Kodagu’
Vanishing Kodavas: Some facts