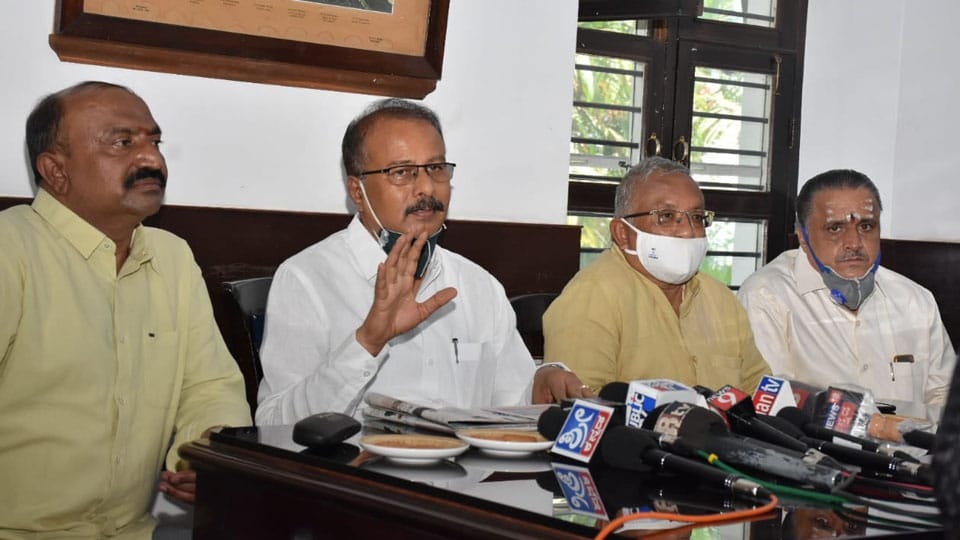 Mayor’s post to JD(S) was a local decision: R. Dhruvanarayan

Chamarajanagar: Even as the rift continues to rage in Mysuru City Congress over the Mayoral Polls, KPCC working President and former Chamarajanagar MP R. Dhruvanarayan, who was deputed as KPCC Observer for Mysuru Mayoral polls,  has said that the decision to let go the Mayor post to the JD(S) was taken at the local level and not the party’s decision.

Maintaining that Congress Corporators under the leadership of NR MLA Tanveer Sait took a last minute decision to support the JD(S) candidate for the Mayor post, in order to keep out the BJP Candidate from getting the Mayor’s post for the first time in Mysuru, Dhruvanarayan admitted that this last minute decision has created some confusions in local party circles. Likening the rift in the party over the Mayoral polls to that of minor family disputes in households, Dhruvanarayan said that he was very much hopeful that the issue will be sorted out shortly. Pointing out that he had conveyed the local Congress leaders complaint that the JD(S), the Congress party’s coalition partner in the MCC, was again demanding the Mayor’s post in breach of the agreement, to KPCC President D.K. Shivakumar, Dhruvanarayan said that even Shivakumar tried to contact JD(S) MLA S.R. Mahesh to sort out the issue, but in vain. However some confusions prevailed later on, following which Congress Corporators under instructions from  MLA Tanveer Sait took the decision locally to support the JD(S) candidate for the Mayor’s post, just for the sake of keeping the BJP, which was hoping to see its first ever Mysuru Mayor, out of power in the civic body.