Home » Columns » Abracadabra By K. B. Ganapathy » MCC: Are you ready for disaster management this monsoon? 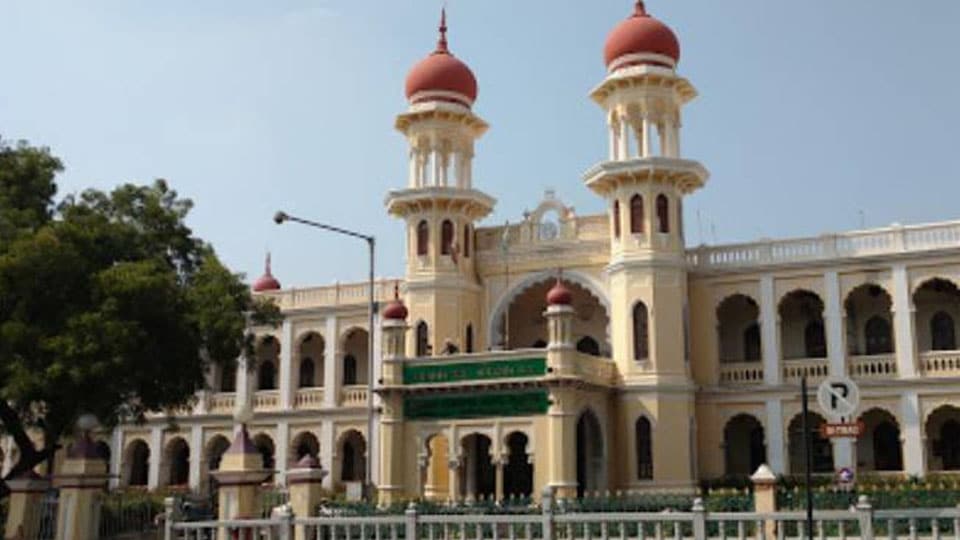 MCC: Are you ready for disaster management this monsoon?

If summer is here, can monsoon be far away? No. Come May-June, the blue sky above will turn grey and then black; wind will move faster and scorched earth would drench itself with the copious rain from above.

Rains, in the beginning, come like thieves. Stealthily. Unpredictably. Poor two-wheeler riders are often caught unawares. And then sooner or later it pours. Buckets. Thunderclaps. Thunderstorm accompanied with lightning and then the sky with low-hanging dark, menacing clouds burst into rain with tsunami-like speed and surprise.

I talk of the rains because I am aware of the havoc wreaked by heavy rains with gusty high velocity winds in the last two-three  years in our city. The over-flowing storm-water drains that criss-cross the city and the residential layouts, the flooded roads and the UGD choked with the manholes spewing the muck that rush into houses in the low-lying areas, vehicles floating in the gushing waters on the roads turned rivers in spate. This will be the common sight during those heavy downpours.

But the worst scenario would be landslides in the slopes and the Chamundi Hill. Add to this the likely collapse of old buildings, some century old, like the iconic Devaraja Market,  Lansdowne building and others.

Our Mysuru City Corporation  (MCC) and the Public Works Department (PWD) must anticipate such disastrous events following the rains and gear themselves to manage the situation effectively and in time. Are they ready? Do they have all the equipment and paraphernalia and trained manpower to face such an eventuality? Are the inflatable rubber rescue boats and vehicles that can move on flooded roads ready?

READ ALSO  Beyond the Lines into Eternity: A Tribute to Kuldip Nayar

Is the Fire Brigade ready? How about the protocol for evacuating people and animals from the disaster location? Where would they find shelter for those who are evacuated? How will they be rehabilitated? What about their food and medicine?

CESC (Electricity Department): Are you ready for monsoon emergency?

Forest Department: Are you ready with battery-operated saw and wood-cutting equipment to clear the roads that might be blocked with trees felled by the rains?

Let us hope the elected representatives and the officers concerned would apply their mind to these issues before the monsoon sets in. With the ‘climate change’ there is a possibility of the rainfall being as erratic and as ferocious like in the past. You are warned.

Now let me come to two huge buildings of century old  Devaraja Market and Lansdowne building. Devaraja Market has been waiting to collapse if heavy rains lash it — like it happened in August 2016 when a portion of it collapsed.

The problem is the do-gooders, wise people. There are two groups doing a kind of “manthan”, as in the mythology of “Samudra Manthan.” One group is of “Experts”, defenders of heritage buildings and the other is the Government which wants to demolish it and reconstruct new one (keeping the same architecture if need be). The matter is in the Court with some tenants urging for restoration by conservation experts. Well, by the time the Court decision is pronounced, the monsoon would be here and God knows what would happen to the barely standing structure of Devaraja Market. Hello! MCC are you ready for the disaster management this monsoon? Or are you expecting the Conservation Experts (Consultants) to do miracle, paying their hefty consultation fee, as in the past?

Now, about the Lansdowne building. This has been abandoned as dangerous for occupation for over a decade now after a part it collapsed killing four persons in August 2012.

Silly questions are asked by those lovers of heritage buildings: How come other century old buildings like the Government House and the Wellington House are in good habitable condition?

Well, it all depends on the quality of construction and the engineers who built them. But more importantly both these buildings were Residential buildings, less given to abuse and pressure of daily use. Whereas, Devaraja Market and Lansdowne buildings are subjected to abuse by their tenants (for making their tenements suitable for their shop or business requirement). Many walls were broken and the rented area modified weakening the structure and the building.

And then, daily thousands of footfalls tread the moving space of the buildings. Naturally they become structurally weak and susceptible to collapse due to age and natural calamities like heavy rains and even a minor earth tremor.

Think about what is good for those who occupy and use these buildings seriously, rationally. Not emotionally, like a sentimental fool. Should we hear the collapse of the building and death of people after these heritage buildings are “restored”?

MCC, be ready for disaster management this monsoon? Forewarned is Forearmed.

8 COMMENTS ON THIS POST To “MCC: Are you ready for disaster management this monsoon?”