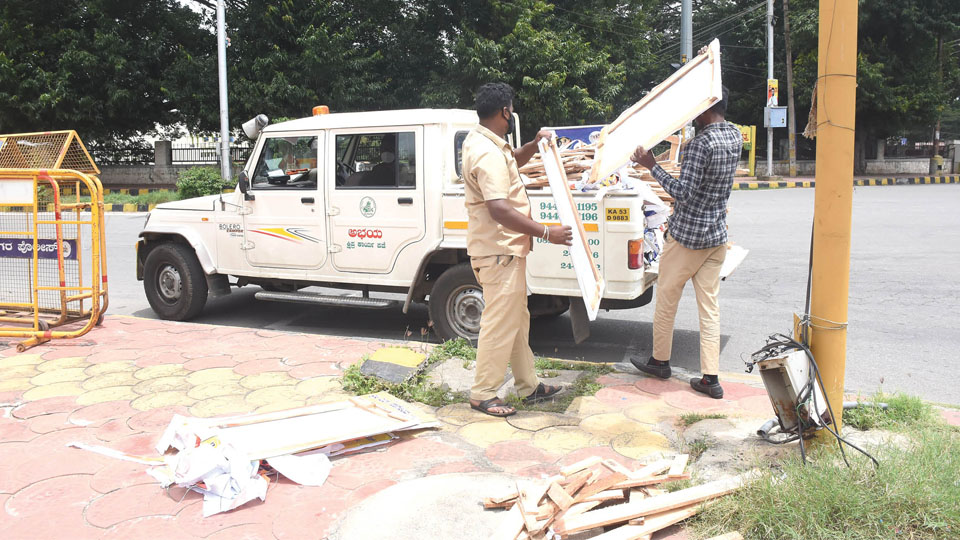 Mysore/Mysuru: Though Mysuru City Corporation (MCC) has banned usage of plastic flexes, buntings and banners in city, the rule is ignored as the banned flexes are seen put up on the thoroughfares of city which is marring the beauty of city.

Considering it as a serious offence, a team of MCC officials and staff yesterday raided various business establishments which were using the banned materials and have seized them.

Dr. Nagaraj said that during the inspection of such shops, banned flex materials were being used for printing and fines have been imposed on them besides seizing the banned items. Warning has also been given against using the banned materials in future.

Meanwhile, Abhaya team of MCC, which went around the city yesterday, has removed flexes and banners put up on light poles, roadsides, road dividers, trees and other places in city.