Mysuru: The Mysuru City Corporation (MCC) has intensified its raids on sale of banned plastic materials by carrying out massive raids across the city since yesterday.

The officials, who began the raids at about 8 am today, seized more than five truckloads of the banned plastic materials.

Yesterday, the MCC raided shops across the city and  seized huge quantity of plastic covers and other plastic materials from the shops besides imposing penalty ranging from  Rs. 500 to Rs. 2,500 on shopkeepers depending on the quantity seized from them. 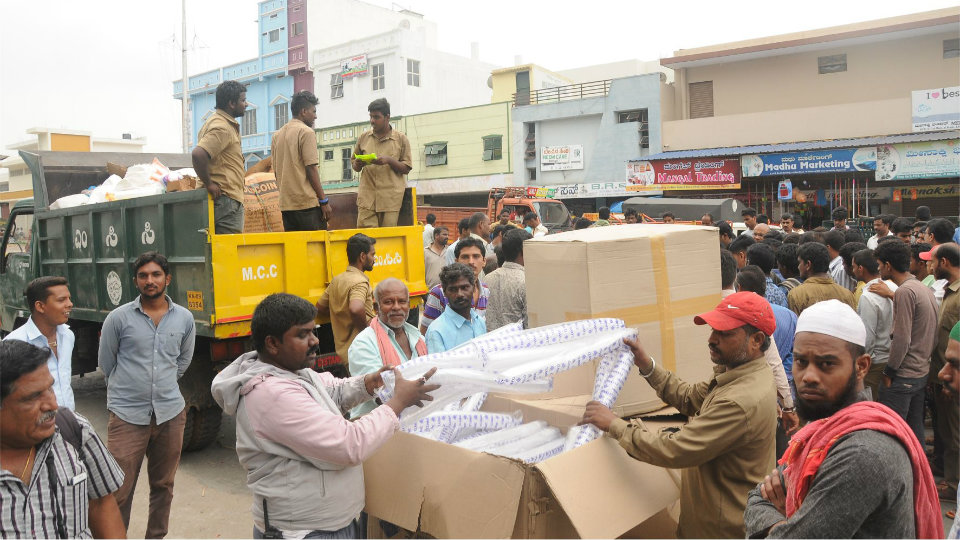 The raids were led by the respective Zonal ACs.

MCC Health Officer Dr. Ramachandra said that about 30-40 kg of plastic materials were seized in each zones during the simultaneous raids conducted in all zones except Zone 3. He said that the raids would continue till the city is made plastic-free. 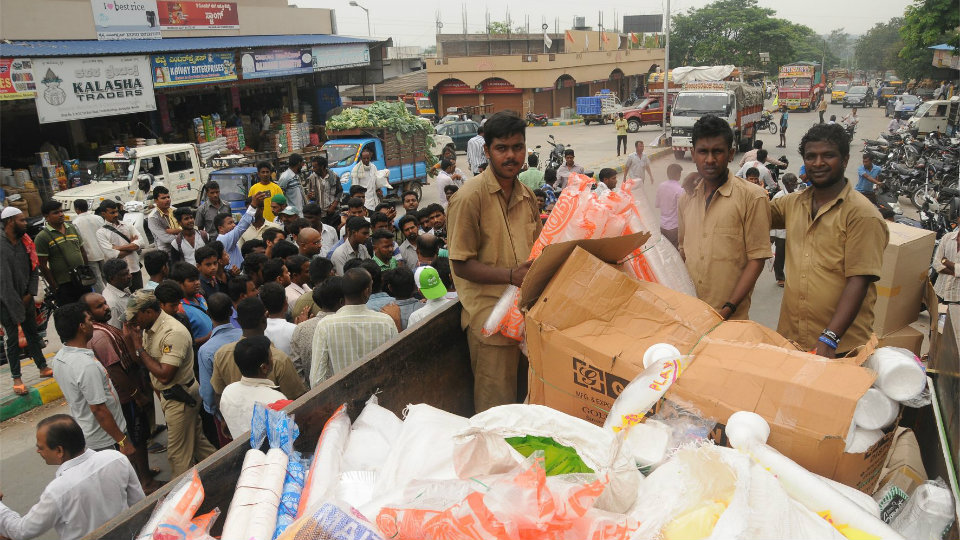 Mayor Ravikumar, speaking to SOM, said that they would be conducting such drives regularly as most of the footpaths were encroached by pushcart and other vendors. He also said that the MCC would be continuing raids on shops selling the banned plastic materials and on shops, operating without obtaining Trade Licence.