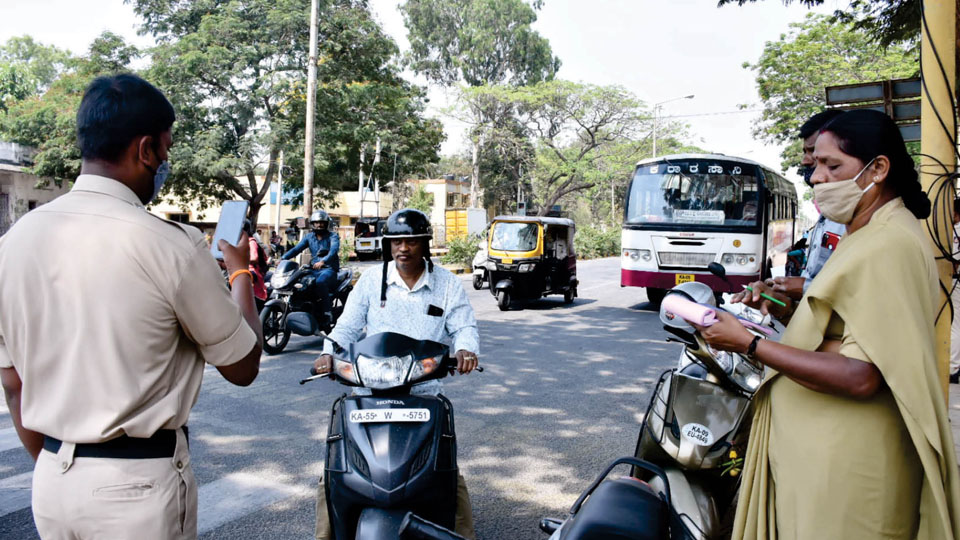 Mysore/Mysuru: With around 90 percent of Corona positive patients under home quarantine in city, Mysuru City Corporation (MCC) Health Officer Dr. D.G. Nagaraj has asked those with comorbidities to get tested in hospitals and    get treatment.

Talking to reporters here yesterday, he said primary contacts must get examined in hospitals by taking X-ray and consult doctors for line of treatment. The health bulletin shows that over 80 percent of positive cases were from the Corporation limits.

Action plan has been prepared for all nine MCC Zones. Deputy Commissioner Rohini Sindhuri has directed the Corporation authorities to take up regular sanitation of houses of primary contacts and to make mini-containment zones, he said.

Primary contacts were taken in the Government vehicles for testing and treatment in nearby Primary Health Centres. Fifteen day home quarantine has been made compulsory if there were more than two positive patients in each house. Officials would keep a watch on them, he added.

Dr. Nagaraj said there were reports that primary contacts were roaming around freely on streets and such persons were under observation. The District Administration has set up 53 vaccination centres in city. Vaccine was being given free of cost in most Government and Private facilities. People above 45 can avail the same, he said.

Drive intensified: The Health Officer said Rs. 94,000 fine amount has been collected in nine Zones of the Corporation from people for not wearing mask or maintaining social distancing. The drive will be intensified across the city with the help of Police Department against negligent public. The citizens must wear mask and maintain social distance to prevent the spread of pandemic, he added.