Home » COVID-19 » MCC ready to supply ration to doors of the poor: Mayor 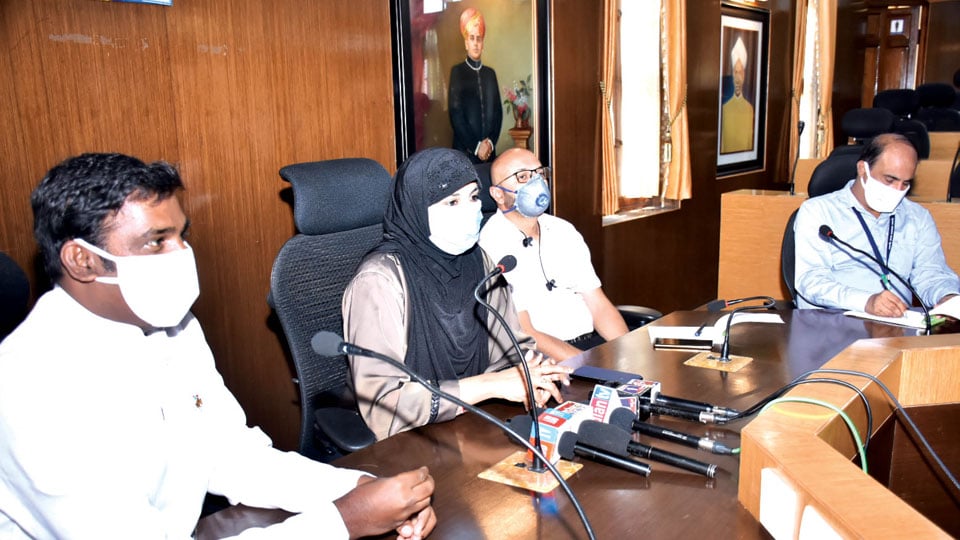 MCC ready to supply ration to doors of the poor: Mayor

Mysore/Mysuru: Asserting that the MCC was ready to supply ration to the poor at their doorstep, Mayor Tasneem has sought the co-operation of organisations and Associations in this endeavour.

Addressing press persons at the MCC Old Council Hall here yesterday, she appealed voluntary organisations which are serving food to the poor in the city, to instead donate food grains and grocery items to the poor and the needy, as it would be more purposeful for them.

Calling upon organisations to generously donate food grains to the MCC, so that the Civic Body can make packets of them and distribute them to slum-dwellers, the shelterless and the poor in a more organised manner.

Pointing out that the MCC has been undertaking sanitisation activities on a war-footing in the city, she said that Hydroperoxide is being sprayed in all Wards and all roads are being sprayed with disinfectants (Sodium Hypochlorite).

She further said that the MCC will distribute passes to donors and members of organisations engaged in carrying out service activities during lockdown. The passes will be distributed online, for which a website will soon be launched, she added.