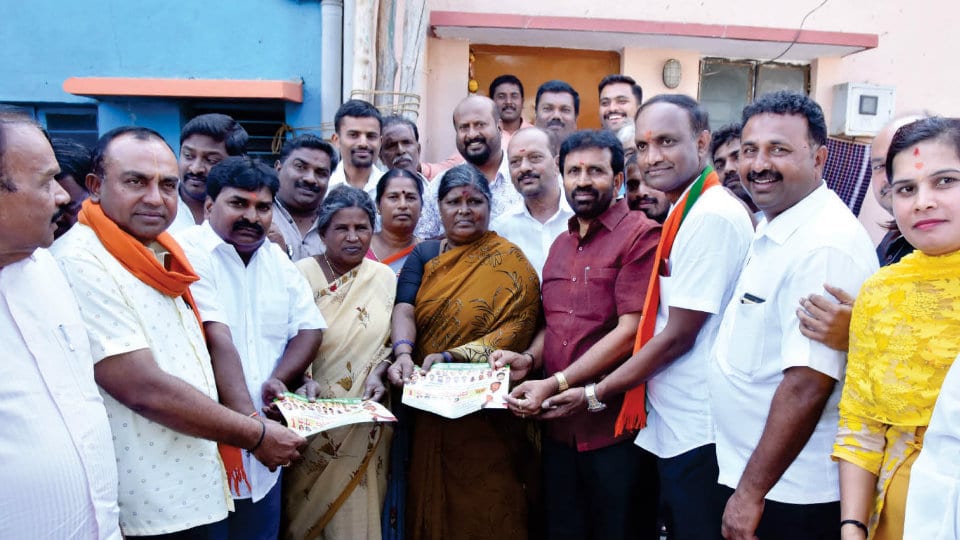 Mysuru/Mysore: With the bypolls for MCC Ward 18 (Yadavagiri) just five days away (Feb.9), the public campaigning by the three major political parties — BJP, Congress and JD(S) — has picked up momentum.

The bypolls has been necessitated after BJP Corporator Guru Vinayak, who was elected  in the 2018 MCC polls, was disqualified over fake certificate issue. The Ward has been reserved for ST Category.

On Monday, Chamaraja BJP MLA L. Nagendra campaigned for the party candidate B.V. Ravindra at Manjunathapura, where there are nearly 3,000 voters.

Nagendra undertook a door-to-door campaign in the locality and appealed the voters to elect the BJP candidate.

Party leaders Venkatesh, Kumar, Basavaraju, Ramesh, Manjula and others were present during the campaign.