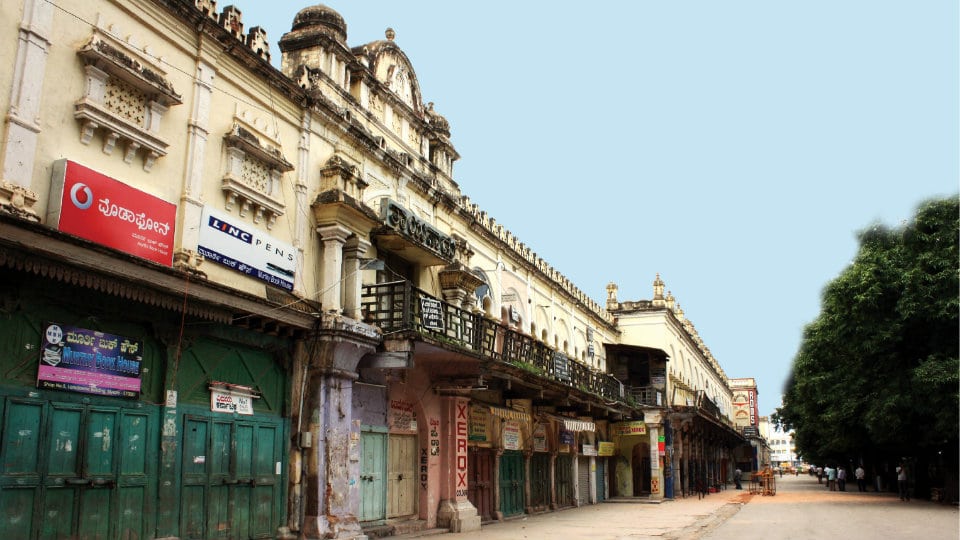 The meeting was organised by Devaraja Market Tenants’ Association and Lansdowne Building Tenants Association. Over hundred members of the Associations were present.

It may be recalled here that at its monthly meeting held last week, the MCC resolved to reconstruct commercial complexes after demolition and has decided to write to the State Government seeking its nod for demolition.

Calling the move illogical, the tenants said that there are more than 100 heritage buildings in Mysuru and the MCC logic should apply to all of them. They called for the acceptance of the recommendations of Heritage Committee that has asked the MCC to renovate and restore the building.

Addressing the meeting, N.S. Rangaraju, retired professor of Ancient History and Archaeology, University of Mysore, and one of the Heritage Committee members, said that the MCC was unnecessarily targeting the two buildings and this smacked of ulterior motives.

“There are over 100 heritage buildings in Mysuru that are more than 100 years old and if MCC is allowed, it will raze all of them for commercial purposes. There are over 12 temples that are more than 100 years old inside the Mysore Palace. If those temples can be renovated and maintained for their architectural heritage, even Lansdowne Building and Devaraja Market can be renovated,” he argued.

Prof. Rangaraju said that the MCC was not looking at the heritage value but was focussing only on commercial aspects and generating revenue. “Our Committee is in favour of restoration but ultimately, the decision has been taken by the Councillors who do not have any idea or interest in conserving heritage structures,” he lashed out.

He said that most of the Devaraja Market complex was in a fairly good state. “Only a few places on the terrace, roof slab need to be restored and this damage has been caused due to poor maintenance,” he said.

“Heritage buildings like Gol Gumbaz, Asar Mahal, Gagan Mahal in Vijayapura which are 500 years old, and the Lotus Temple in Hampi, which is 700 years old, are still strong, since the monuments have been maintained properly. I do not understand why the MCC was in a hurry to demolish the structures,” he asked.

Traders are carrying out their usual business and thousands of people come to the Devaraja Market every day. Most of the interiors of the Market have been renovated and a small part is left out. “This renovation has been carried out by professionals and heritage experts who have years of experience in conservation aspects. It is sad that the MCC chose to ignore the recommendations of the Heritage Committee for commercial gains,” he said.

Tenants Association members said that they had approached the Karnataka High Court against the demolition move and over 80 traders have filed the petitions. “The MCC has decided on demolition when the cases are pending before the Court and this amounts to contempt of Court,” they alleged.

A meeting has been  called today evening at 4 pm where the demolition issue of Devaraja Market and Lansdowne Building will be discussed. The meeting will be chaired by Mysuru District Minister G.T. Devegowda (GTD) at Government Guest House at Nazarbad. Historians, heritage experts, tenants and merchants of Devaraja Market and Lansdowne Building and representatives from Mysuru City Corporation will attend the meeting.