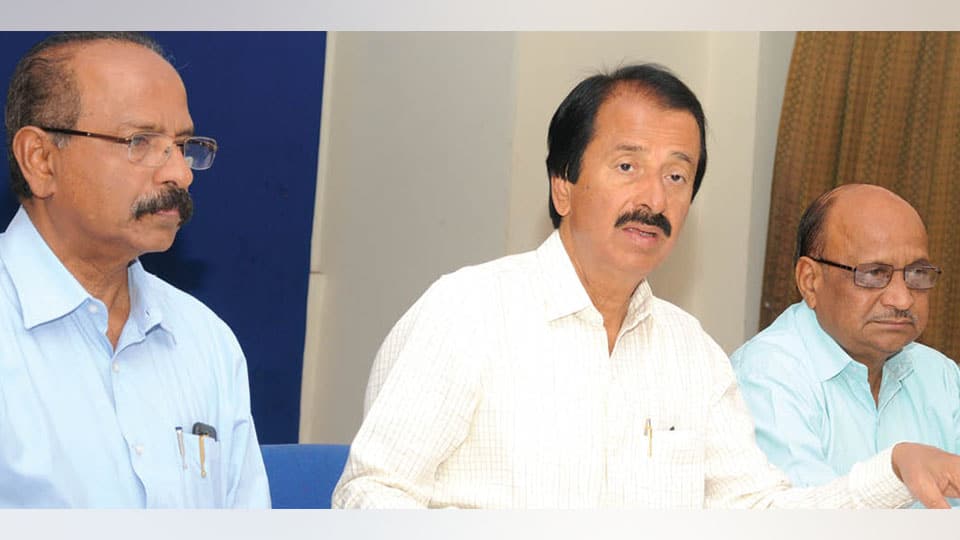 Addressing a press conference at a private hotel in city this morning, MIA President and former MLA Vasu said that MIA had already filed its written objections to Karnataka Electricity Regulatory Commission (KERC) and decided to oppose the same at a public hearing organised by KERC at Deputy Commissioner’s Office on Feb.5 at 11 am. KERC Chairman and other officials will be hearing from industrialists tomorrow.

However, he said that MIA will urge KERC to dismiss the CESC appeal to hike the power tariff on industries. He alleged that CESC has been running under loss as it is unable to recover dues from Gram Panchayats, other local bodies, power theft, distribution loss, other lapses, but was unnecessarily burdening the consumers and industrialists because of its mismanagement.

He also alleged that were lot of complaints filed by farmers and public regarding the durability of power transformers installed by CESC.

The power tariff revision will sound death knell to small scale industries in Mysuru which are already suffering due to erratic power supply and other reasons.

He also alleged that KIADB was also demanding exorbitant prices for the land it had allotted to various industries in Koorgalli Industrial Area.