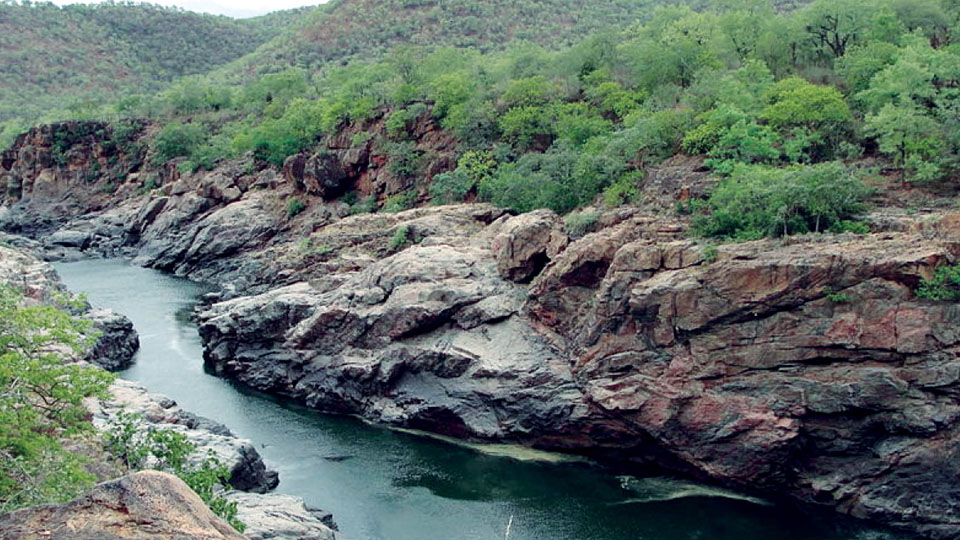 Ramanagar: Water Resources Minister Ramesh Jarkiholi said the work on the much ambitious Mekedatu Dam across River Cauvery on Karnataka-Tamil Nadu border will start after the approval of the Union Government for Rs. 9,000 crore Detailed Project Report (DPR).

Speaking to reporters after visiting Ontegundlu — the proposed dam construction spot in Kanakapura taluk yesterday, the Minister said the project required around 5,252 hectare of land of which 3,181 hectare (61 per cent) was forest and 1,870 hectare (37 per cent) was social forest land. Since the major chunk of the proposed project land was forest, the permission of the Union Ministry of Forests, Environmental Sciences and Ecology was required.

He said the DPR for the proposed project was sent to the Government of India was back in January 2010 and now it was vetted by various directorates of the Central Water Commission. Once the approval comes, it will be placed before the State Cabinet again and call for tenders. “I have discussed with Union Ministers concerned in November last year and on July 14 this year in connection with the dam construction. At the same time, I also met Union Environment Minister Prakash Javadekar. I am once again meeting Javadekar on Wednesday or Thursday to apprise him about the urgent need to give clearance to this long pending project”.

Jarkiholi said there are plans  to take a delegation under the leadership of Chief Minister B.S. Yediyurappa to meet the Union Ministers concerned and to put pressure on them seeking early approval to the project. The proposed dam aimed at storing Cauvery water going waste and use it during summer season for drinking water purpose. A balanced reservoir is planned at the confluence of River Arkavathi and River Cauvery, across the River Cauvery for a comprehensive drinking water scheme to cater to needs of Bengaluru citizens in the future.

READ ALSO  Don’t Rush: Stores to remain open from 6 am to 12 noon

The Minister said the Tamil Nadu Government has filed a writ petition in Supreme Court seeking direction to the Government of India to not to give permission for the DPR submitted by Karnataka for the proposed Mekedaatu project. Both Karnataka and Union Government have already filed its reply. Presently, the Apex Court was seized of the matter. MLC C.P. Yogeshwar, Cauvery Niravari Nigam Limited Managing Director Jayprakash, Chief Engineer Shankregowda, Superintending Engineer Vijaykumar and Executive Engineer Venkateshgowda accompanied the Minister.