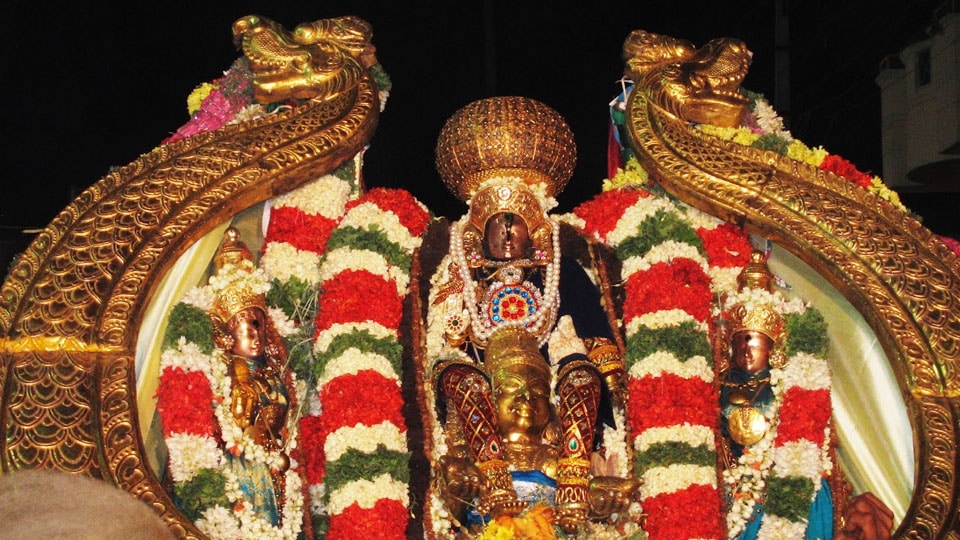 Mysore/Mandya: The temple town of Melukote in Pandavapura taluk of the district is spruced up for the famous Vairamudi Utsava tomorrow (Mar.24).

Pointing out that the Utsava will be held in a simple and symbolic manner, she said that all Government SOPs will be followed during the celebration.

Only locals can participate

On the restrictions in view of the COVID-19 crisis, Dr. Aswathi said that only people from Pandavapura taluk will be allowed to participate in the event. The residents of Pandavapura who are interested in participating, must carry an identity card having residential proof, she said.

Asserting that people from other parts of Mandya district will not be allowed to take part, she said that only 50 persons, including priests and Police personnel will be allowed inside the temple. Carrying Identity card is a must for priests, Police and journalists covering the event, she clarified.

Pointing out that Corona test is a must for all participants, the DC said that those who test positive for the virus will be sent back. She further said that check-posts have been set up at two points and local people will be allowed after necessary checks. Also, Hotels and Lodges in Melukote region have been asked not to let out rooms to people from outside Pandavapura, she added.

Police have made elaborate security arrangements for tomorrow’s Vairamudi Utsava, for which 4 DySPs, 16 Police Inspectors, 31 PSIs and hundreds of other Police personnel have been deployed in Melukote.