Home » News » Menace of drunkards, thieves in and around People’s Park 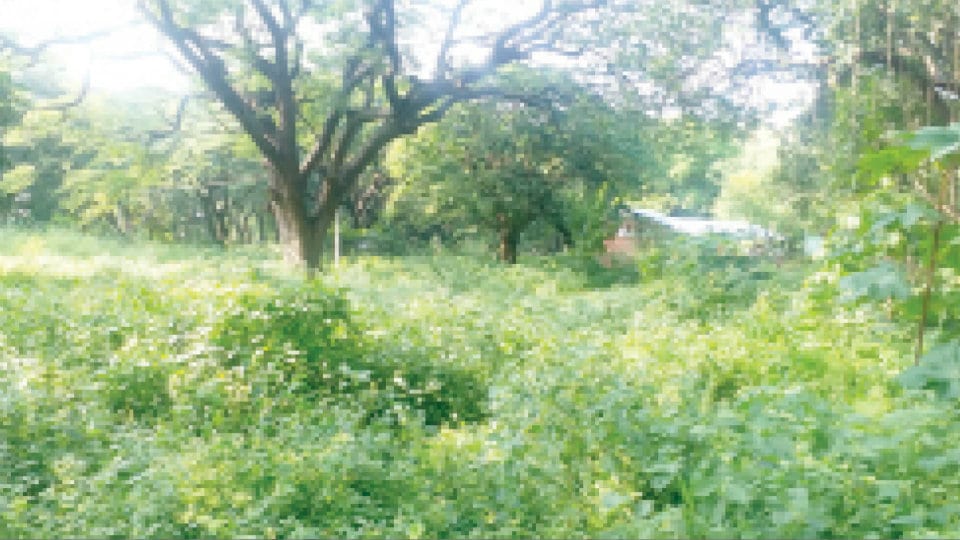 Menace of drunkards, thieves in and around People’s Park

Mysuru:  Parks are city’s lung space providing good and fresh air for morning and evening walkers besides being a place for resting for the public under shady trees during scorching heat. But what happens when the Parks are infested with drunkards and thieves?

One such Park, which has become a haven for thieves and drunkards, is the People’s Park, situated close to Suburban Bus Stand where travellers and those coming from other places to the Mini Vidhana Soudha frequent day in and day out.

Those who come from far off places on some work to city fear of getting robbed while walking on roads near this Park. Even two-wheeler riders, pedestrians and passengers do not walk or travel on the roads near the Park after 8 pm as it is occupied by drunkards, who freely and without fear consume liquor inside the Park and create havoc.

Though the Police conduct regular beat around the Park from 8 pm to 2 am daily, there are instances of miscreants escaping from the eyes of the Cops and take shelter in the Park. Several theft cases have also been registered in this regard.

Mahesh, a passenger, said that it has become very difficult to walk near People’s Park during night time.

The District Administration should take steps to get the Park filled with overgrown bushes, weeds and other plants cleaned so that the menace of thieves may at least come down.

A portion of People’s Park, situated in the heart of the city resembles like ruins and there is no security at the Park which is also badly maintained. Though many representations were made to the Mysuru City Corporation (MCC) to develop and maintain the Park, nothing has been done so far.

The MCC officials should take steps to clear the thick bushes and weeds grown in the Park at least once in a month as it would be very helpful for those going to the Park for regular walks and also to the public who frequent the Government Offices nearby.