Home » News » Mere worshipping Rivers as Mother will not save them, says Jaggi Vasudev 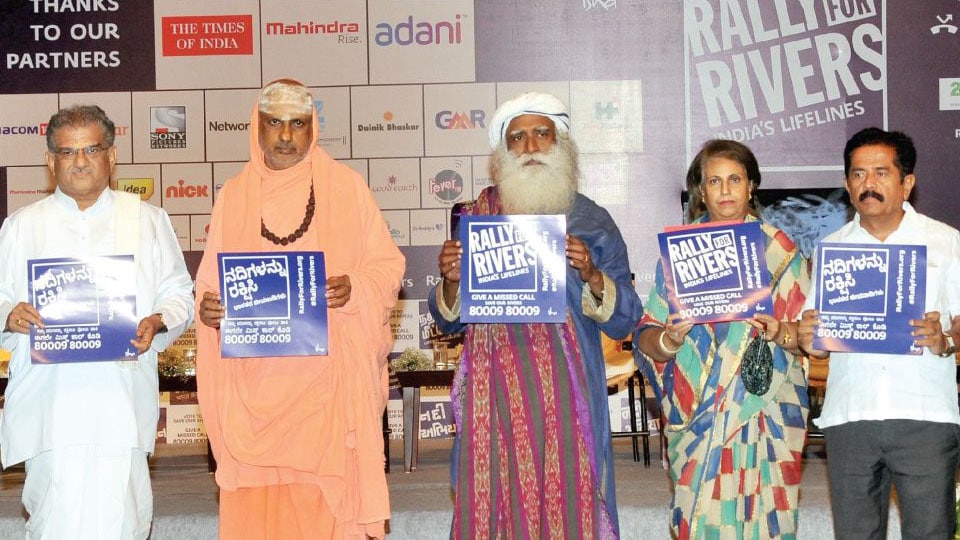 Mere worshipping Rivers as Mother will not save them, says Jaggi Vasudev

Mysuru: The ‘Rally for Rivers – India’s Lifelines’ campaign that entered the city yesterday received a good response. The campaign, launched by Sadhguru Jaggi Vasudev, Founder of Coimbatore-based Isha Foundation began in Coimbatore on Sept. 3 and yesterday morning, an interaction meet was held between the farmers of Karnataka and Tamil Nadu at Meenakshipura on the backwaters of Krishna Raja Sagar Dam.

In his address, Jaggi Vasudev opined that mere worshipping rivers as mother would not save them. “Rivers must be conserved and a detailed action plan is required where green cover is increased on the river banks. Trees must extend up to one kilometre on the banks and this is one way of conserving them,” he said. Stressing on the need of ‘River Revitalisation Policy’, Jaggi Vasudev said that all the States and the Union government should formulate the river policy for the welfare of people, especially farmers.

“I would submit the draft river revitalisation Policy to the Centre on October 2 which would be made public later seeking feedback and suggestions. The draft has been prepared by the Tamil Nadu Agricultural University, in association with the National Institute of Hydrology, Roorkee, and numerous scientists,” he said.

We need to pay more attention to the Cauvery River itself. The Cauvery is now only 40% of what it was 50 years ago. It does not touch the ocean two to three months in a year. It is not just the Cauvery but almost all our rivers are going through this. It is a disaster unfolding in this country. 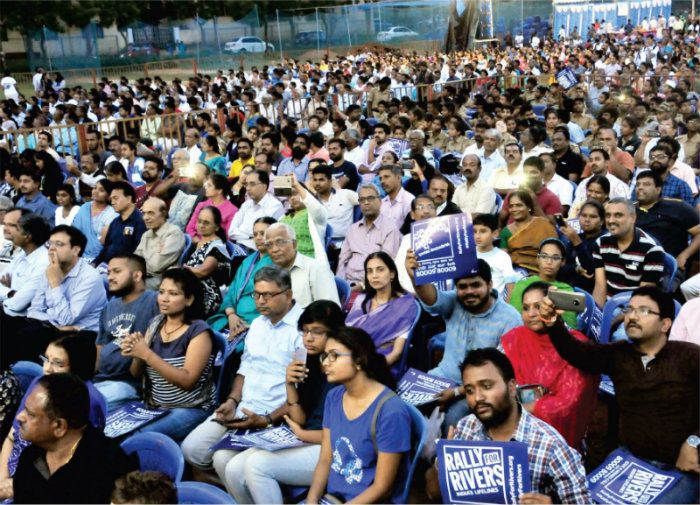 A section of audience at the Rally For Rivers event in city last evening.

“I have rafted down the Cauvery from Bhagamandala to the Krishna Raja Sagara Dam and the Brindavan Gardens in Karnataka. One thing that really stands out is that in these entire 160 kilometres, it is only in the first 30-35 kilometres that there is any forest vegetation. After that, there is just agriculture. How will a river flow then?” he questioned.

Suttur Mutt Seer Sri Shivarathri Deshikendra Swamiji lauded the Isha Foundation for taking up the noble cause to save rivers. “We have come to a stage where even in villages we are forced to purchase water,” he said, calling upon people to save the natural resources.

Dharmadhikari of Srikshetra Dharmasthala Dr. Veerendra Heggade said that people must come out of their dream world and face the reality. “Rally for rivers must be a pro-people movement and only people can save the rivers,” he said. 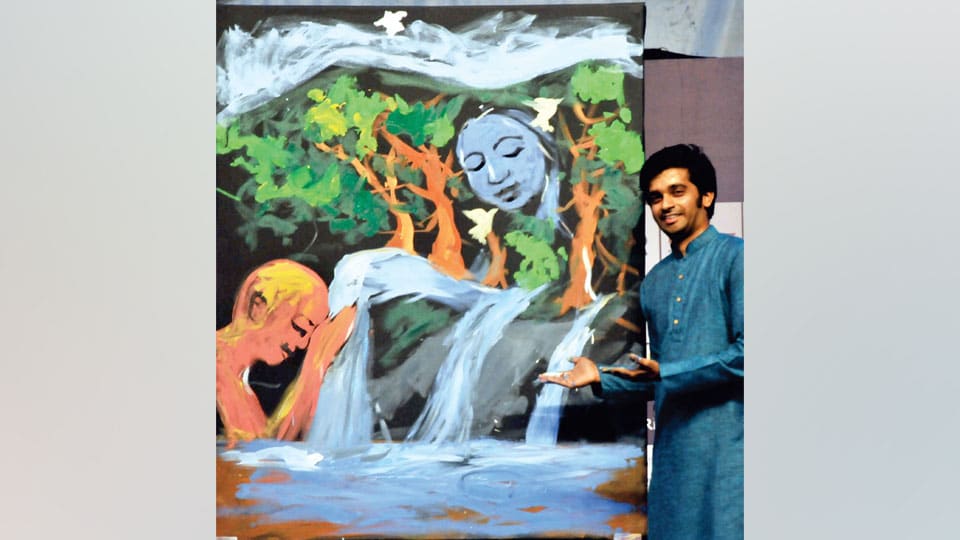 Artist Vilas Naik is seen with his painting of the present state of rivers at the Rally for Rivers campaign in city.

Rally for Rivers Sadhguru Jaggi Vasudev
Children of Mahouts, Kavadis to enact ‘Kindarijogi’ at Makkala Dasara
Words Vs Swords… And the Trolls