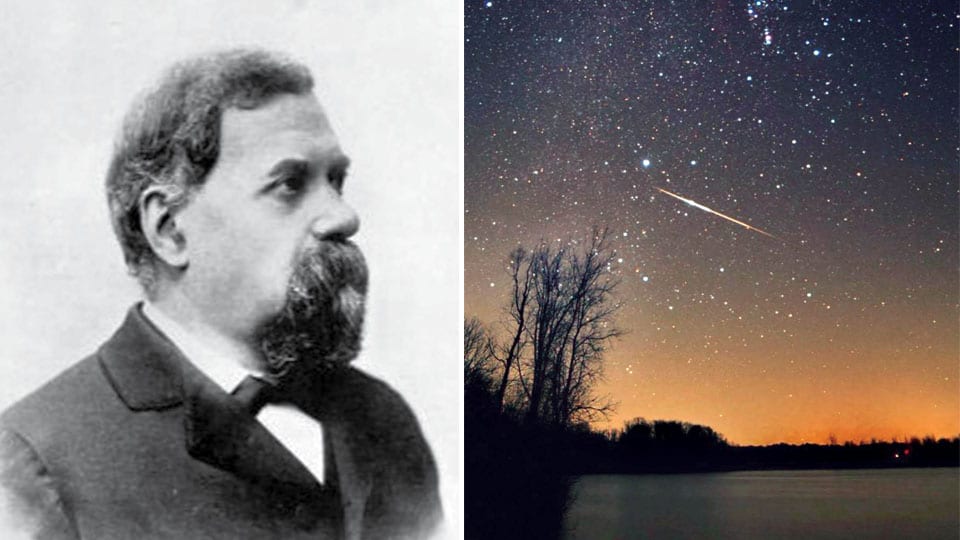 Meteor Showers to light up the night sky this month

The sky-gazers and amateur astronomers can see the astounding Leonid Meteor Showers lighting up the night sky this month. A meteor, sometimes called a ‘shooting star,’ can be the brightest object in the night sky, yet meteoroids are the smallest bodies in the Solar System that can be observed by eye.

Wandering through space, perhaps as debris left behind by a Comet, meteoroids which enter the Earth’s atmosphere are heated by friction, and for a few seconds streak across the sky as a meteor with a glowing trail.

A brilliant meteor, called a fireball, may weigh many kilograms, but even a meteor weighing less than a gram can produce a beautiful trail. Some of these visitors from space are large enough to survive their trip through the atmosphere and impact the ground as meteorites. Fireballs are sometimes followed by trails of light that persist for up to 30 minutes; some, called bolides, explode with a loud thunderous sound.

Those who missed to see the mesmerising ‘Leonids’ meteor showers yesterday (Nov. 16), make sure to catch them today and tomorrow (Nov. 17 and 18). This year, meteor showers will be moderately good as it will be quite free from Full Moon, but the Moon will be waning gibbous this time. Leonid is a meteor shower known for its variable activity. The years around parent Comet 55P TEMPEL-TUTTLE returns gave considerable activity enhancements, sometimes up to stormy levels. Late autumn around Nov. 17, in the still, silent hours before dawn, dedicated meteor watchers have long kept a vigil. In the cold, early morning darkness the sky glimmers with a preview of early spring constellations.

The Leonid meteors at their peak are capable of producing the spectacular display of celestial fireworks known to man. For about an hour or so the heavens seem to burst open and pour forth a deluge of shooting stars. The Leonids are the swiftest of all shower meteors, at 40 to 44 miles per second — almost the highest theoretical speed for meteors belonging to the solar system — because their orbit runs nearly head-on to the Earth’s.  No Leonid has been known to escape entire vaporisation and reach the ground as a meteorite. Many are bright, some are fireballs; greenish or bluish; about two out of three leave trains, which can sometimes persist for five minutes or more!

Usually, this meteor shower can be seen between 7 pm to 6 am in south-eastern direction. The Leonids are famous for attacking at various times in history. The first great meteor storm of modern times was nearly 200 years ago; it was the Leonid shower of November 1833. This famous shower had a major effect on the development of the scientific study of meteors. Prior to the Leonid storm of 1833, meteors were thought to be atmospheric phenomena, like rain or snow. In 1865, astronomers discovered a comet, which was named Comet Tempel-Tuttle for its discoverers.

The comet’s orbit around the sun was found to be about 33 years. Some predicted that there would be another Leonid meteor storm in November 1866 — and so there was!

The shower has a peak every 33 years and can put on some very spectacular performances, such as back in 2001 with well over 300 meteors per hour. The Leonid Meteors are produced by debris from the Temple-Tuttle-55 Comet. Debris fields are created each time the comet passes close to the Sun.

Existing debris fields are slightly changed in their orbital trajectories by small orbit perturbations principally caused by the gravity fields of Jupiter and the sun and by heating from the sun. The 2020 Leonid meteor showers began to appear in early November. The comet takes just over 33 years to orbit the Sun. Its last perihelion (closest point to the sun) was February 28, 1998. Its next expected perihelion is on May 20, 2031.

Leonid activities are tracked very well with the use of meteor particles evolution modeling. Particles ejected by the comet form lengthy trails. One of the reasons is radiation pressure force, which acts parallel with gravitational forces. Gravitational force is dependent on a particle mass — it is proportional to the third power of particle radius.

The out crying radiation pressure is defined by the second power of particle radius. The spectator stands agape, his mind numbed, his eyes dazzled, and his soul thrilled by the sight of shooting stars appearing by the hundreds… perhaps even thousands per hour. Every year, as noted above, a scattered few Leonids can be seen. Do not forget to see to this meteor shower particularly on Nov. 17 and 18.