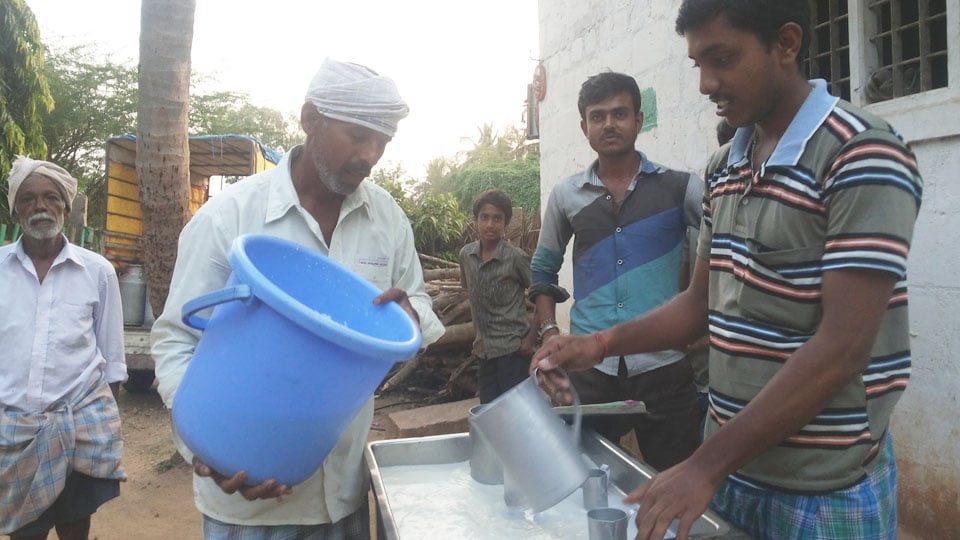 Speaking to press persons here yesterday, Animal Husbandry Minister A. Manju said that Karnataka is the second highest milk producing State after Gujarat. The State produces 72 lakh litres a day. But the failure of monsoon and the prevailing drought, has badly affected milk production.

Shortage of fodder has only compounded the problem. Despite the fall in production, the State is all set to meet the demand and there will be no shortage of supplies, he said.

Despite the fall in production, the State Govt. has made it clear that there would be no hike in milk price and measures to get fodder from Haryana and Punjab has been taken, he added.